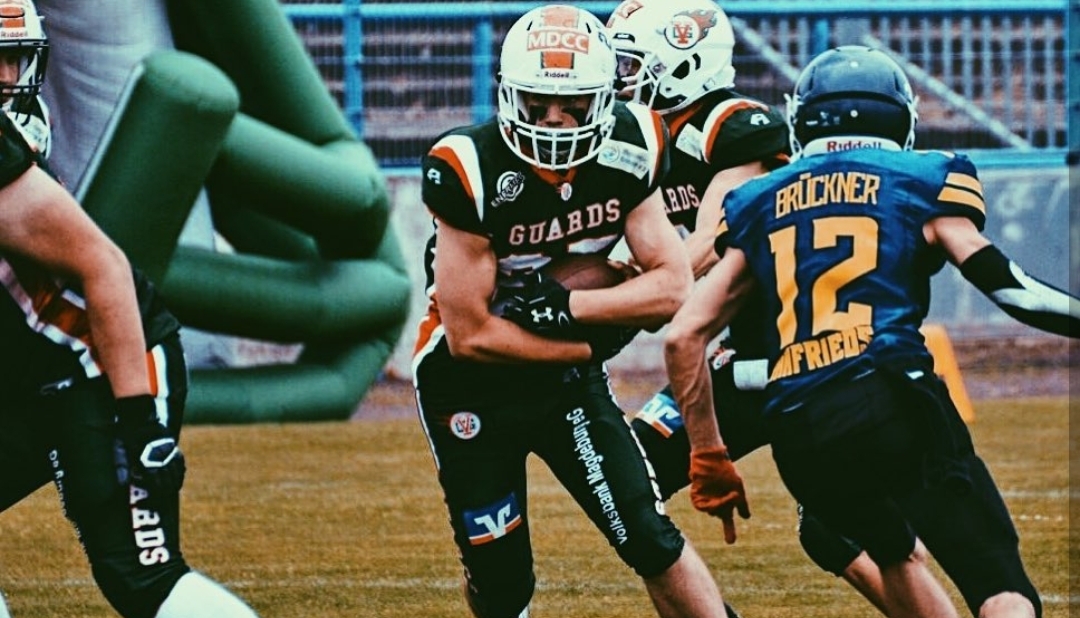 Niklas Stelzig is a hard working running back straight out of Magdeburg, Germany. He has spent the last few years playing football his local club the Madeburg Virgin Guards. Niklas is one of the many talented athletes that playing football in Europe. He reached out to Europe’s Elite and told our staff that he has big plans to be great. We turned on the film and knew this young man has serious that other coaches and scouts should begin to notice. We took some time to get to know Niklas over the past few days, after hearing this young man’s story we convinced he is something special.

How long have you played football and what position do you play?

What player do you watch the running back would you say you play like?

How has football affected your life?

Check out Niklas’s full highlight tape with the link below.