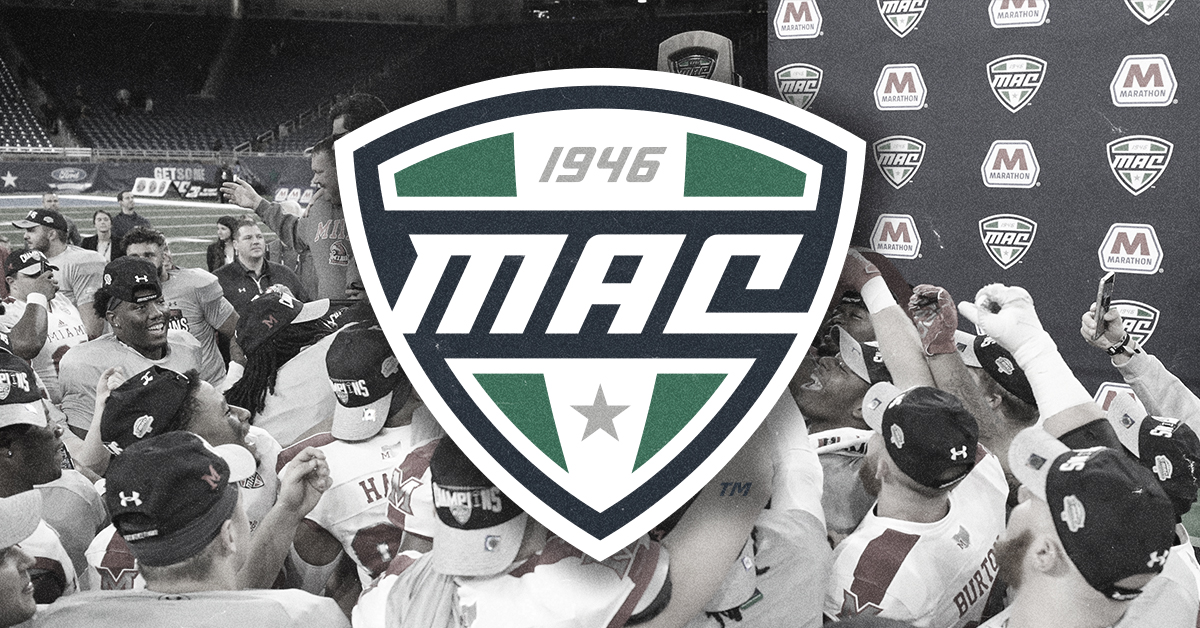 The Mid-American Conference has canceled its football season this fall because of player health and safety concerns regarding COVID-19, sources told Stadium.

The 12-member MAC is the first Football Bowl Subdivision (FBS) conference opting not to play this fall. On Wednesday, UConn, an independent, became the first FBS school to announce it would not play this year. The MAC intends to try to play in the spring, sources said.

The MAC reached its decision Saturday morning in a vote by the league’s presidents, sources said. The conference presidents initially met Thursday to finalize the league’s scheduling format. However, Northern Illinois president Lisa Freeman, a former research scientist at the University of Rochester School of Medicine, indicated her school would not play this fall because of the health and safety concerns, sources said.

“The league didn’t like the look of NIU going out on their own and not playing,” said a source, explaining the MAC’s non-vote on Thursday.

The Huskies have made a league-record eight MAC title game appearances and won four of the last nine MAC titles. After the league didn’t reach a decision Thursday, it voted Saturday not to play this fall, sources said.

Besides the health and safety concerns, the MAC was one of the leagues most impacted financially by the Power Five’s decision to eliminate or reduce non-conference games. The MAC had 11 games canceled against Big Ten members, costing MAC schools a combined $10.5 million. Bowling Green State lost $2.2 million, Central Michigan lost $2.15 million, Kent State lost $1.5 million and NIU lost $1.1 million.

After the Big Ten announced its conference-only format last month, Bowling Green State athletic director Bob Moosbrugger called the decision “the tip of the iceberg. Ten FBS conferences have signed a college football playoff agreement with an expectation that we will work together for the good of college football. If we are to solve these challenges and be truly dedicated to protecting the health and safety of our student-athletes, we need to do a better job of working together.”

At the time, MAC commissioner Jon Steinbrecher said the league’s intent “was in playing a full schedule. [Those non-conference games] are very valuable. We’ll now have to step back and contemplate what that means for us.”

The question now is this: Will other FBS leagues follow suit and cancel their seasons?

“A Group of Five league canceling would make our presidents more nervous in an already nerve-racking time,” a Group of Five athletic director said.

Added a Power Five AD: “Everyone understands the financial implications without a football season, but will the other conference presidents want to take the chance of something happening on campus — [like] a major COVID outbreak that shuts down the football program and the campus? That would be a major PR hit and then there’s the liability concerns.

“Who knows? I guess we’ll find out soon enough.”