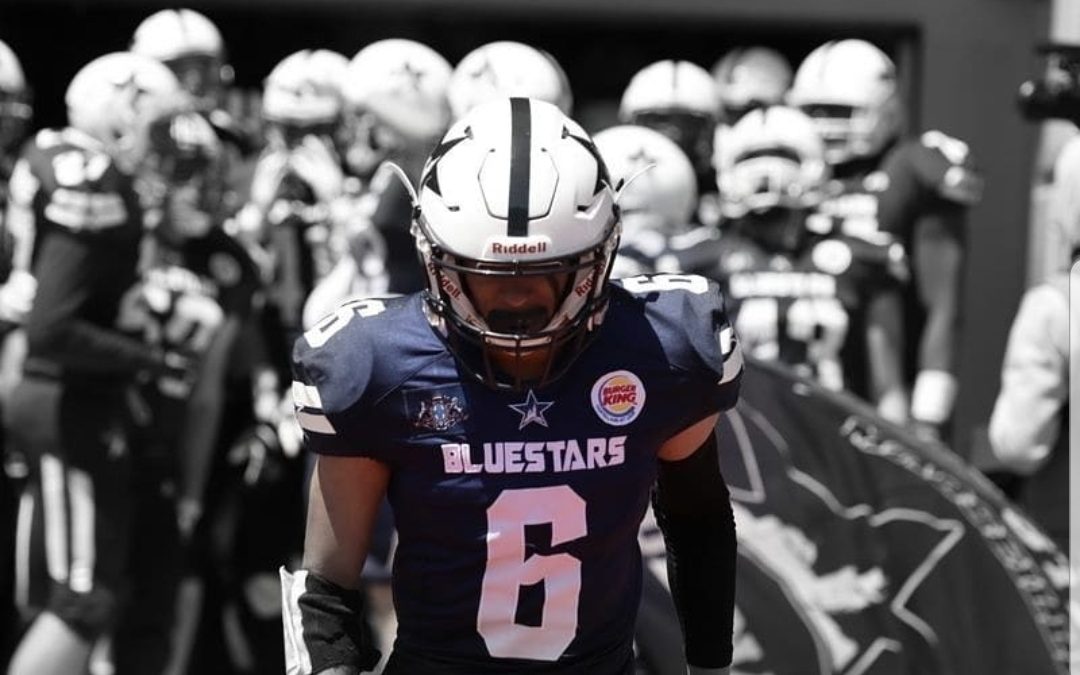 Earlier this week we were able to sit down with the General Manager of one of the most elite programs in France. Thanks to GM Sacha Memran we were able to learn more about the stars that shine blue in Marseille, France. Since 2015 the Blue Stars of Marseille have been building an impeccable program in the south of France. In 2015 the Blue Stars won the U19 French championship, which served as a great turning point for the overall development of their youth program.Since then it is safe to say that Blue Star brand is well known throughout France and for good reason. This once small program in the south of France has been growing and growing for the past few years. Now the Blue Star brand has been grabbing the attention of many people all throughout Europe, putting them in the conversation as being one the best youth programs in Europe. This youth program is comprised of 200 tackle football players on their U8/10, U12/14, U16 and U19 rosters. This defiantly helps them make the case for being of the largest youth programs we know of in all of Europe. The Blue Stars also have a large cheer and flag football program to add to their massive club. The Blue Stars of Marseille France is surely an Elite Program on The Rise.

As mentioned before the Marseille Blue stars have built a system that starts with athlete’s as young as 8 years old. This club has placed a great amount of focus on developing their athletes within their program at a young age. While many organizations around Europe shy away from introducing the game of football at such a young age, the Blue Stars have found success in this strategy. Not only does this program have several youth teams, each team has its own coaching staff. Their U19 team even has a full staff of 10 coaches. With a program this large it comes with no surprise that they are no strangers to championships. Since 2015 the Blue Stars have earned a title at some level within its youth program. Their most recent championship was in 2019 at the U16 level.

The future goals for this youth program are simple, just keep improving! The Blue Stars already have a solid structure in places, now they hope to build on that. They intend to do this with more quality coaches and tools for the kid to improve (Clinic, Camp, Mental and Physical preparation, etc..). While speaking with the GM of the Blue Stars he mentioned that their program also wants to see their athletes have the opportunity to go play abroad and exploit their talents to the fullest. This made us wonder, how much big name talent as the Blue Star program already produced?

We had few players playing in Canada that came back to Marseille, but we currently have 2 players in Sherbrooke University in Canada, 1 player in JUCO at College of the Canyon in California. Asnnel Robo is also one of our player that performed well in Canada being drafted in the CFL Global draft last seasons. We also had Valentin Gnahoua that played for us two seasons ago that is currently in CFL with the Hamilton Tiger Cats, and Junior Aho that plays at a JUCO- New Mexico Military Institute and has with multiple D1 offers.