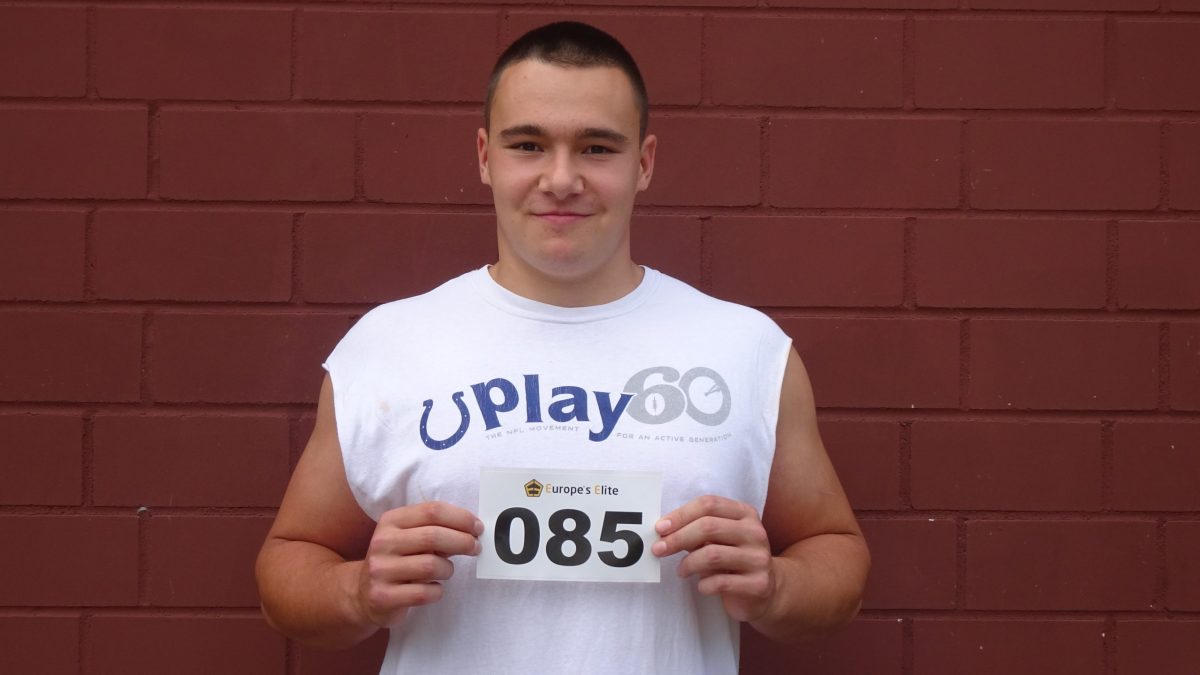 The Cologne Crocodiles have been a regular feature on Europe’s Elite and many outlets for European American football, they’ve become a stable of the growth in Germany in all levels of the game from U13 to the GFL leagues. They’re iconic with the trademark yellow and green uniforms being among the most recognised, this helps them recruit and coach the best talents that Germany has to offer to transform the talents into transcendent stars across Europe. Max Stege is one of the newly emerging and developing young talents from the west of Germany. The 6’5 242lbs man-mountain is lighting up film rooms and giving the defence another weapon to use in the most competitive league in Europe, playing at either side of the Defensive End position Max is getting himself mentioned alongside other A-List competition.

Instantly, when watching Max play the sheer power he boasts on the field is extremely impressive. He uses this explosiveness and forced to go through opposing tackles on his way to manhandling the quarterback which he does with ruthless aggressive, he really sets the tone for the defence with impressive shows of dominance. The secure tackles coupled with the expertise to gage angles and distance at only a split second change is imposing, not only on those unfortunate enough to be hit by him but also other counterparts who simply don’t want to run to his side of the D-line. Other than the evident force, Max utilizes a combination of his bull rush with a smooth and defined swim move that he displays whenever the offence commits too heavily to trying to out muscle, in turn making them look amateur and give up big plays to stifle the offence. Expanding on his mental game, he has become very accustomed to containing the outside against the run to force the back into tight spaces and also to pressure the Quarterback into moving in the pocket and trying to force the play because of the presence that Max comes with. The classic end that makes the plays but also manifests fear around him that damages the opposition and raises his teammate’s numbers because he requires such attention.

Overall, it’s obvious that Max has the physical ability and dedication to play at any level he chooses to play. He has done an outstanding job of not relying on supreme strength but to use it alongside he other weapons he has in his arsenal, therefore he is a Europe’s Elite camp MVP. He has the outstanding ability to disrupt plays simply by having his presence on the edge, his sheer size and relentless aggression forces the quarterback to audible the plays away from Max. This respect he has garnered has sent his stock flying throughout the GFL, in the near future he will be a valued asset for any championship team in Europe.