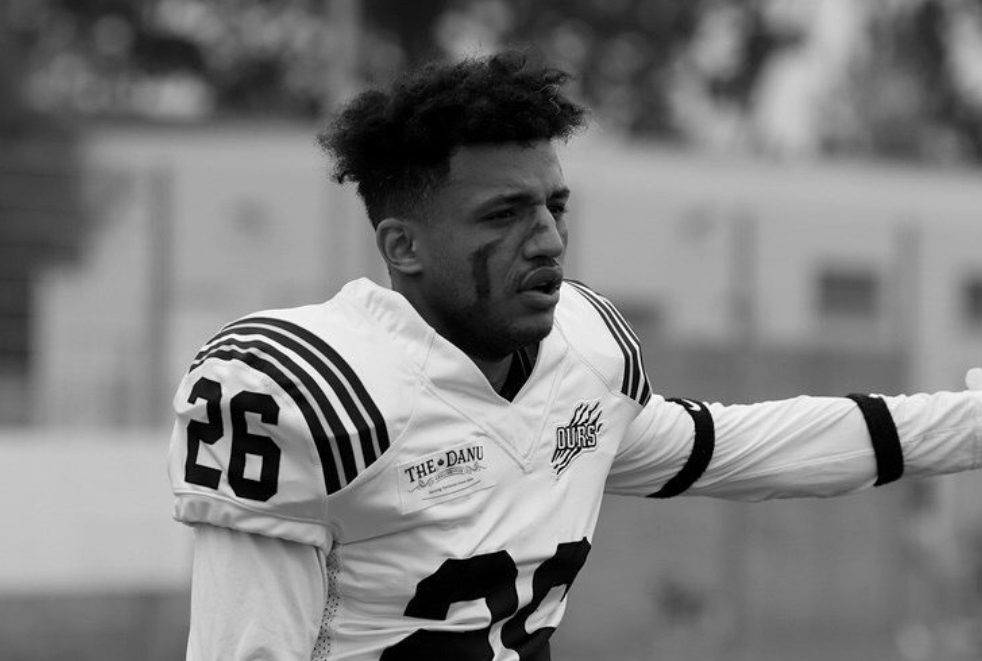 When it comes to the game of football, France has always been a country known for producing explosive athletes. Most recently France has produced talented athletes that have gone on to compete in the CFL (Canada) such as Valentine Gnahoua and Maxime Rouyer. Some French athletes such as Anthony Dablé , have even made an appearance on an NFL roster with the New York Giants. The French Federation has even done a good job exposing young athletes to the university system in Canada and the US. Some young French athletes have already made a big name for themselves in the recruiting game. But the question still remains, who is the next big name coming out of France? This 6’1ft 180lbs DB , Landry Esono-Sala is one guy that NCAA scouts will soon begin to know!

How long have you played the game of football?

What big name players do you watch on the field, and who would you compare yourself to?

How has football affected you life?

Check out Landry’s highlight tape below and be sure to share this article with someone you know. At Europe’s Elite we use this platform to give young athletes the exposure they deserve.