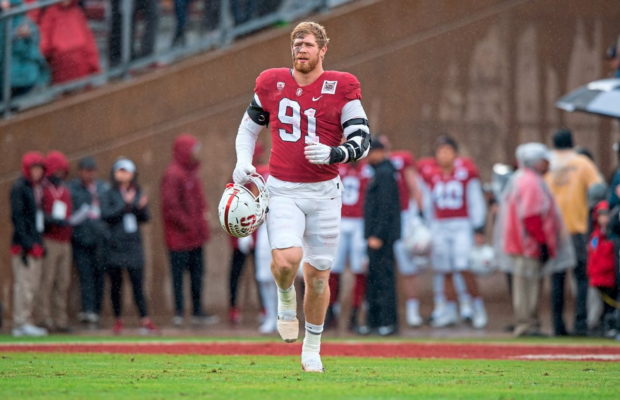 By Alex Malchow of AFI Review

At 6’7″ and 300 pounds, Austrian defensive lineman Thomas Schaffer knows how to get the attention of coaches.

So now he is hoping he has captured enough of their interest to get picked up in the 2021 NFL Draft which starts Thursday, April 29.

The former Stanford defensive lineman completed his NFL Pro Day on March 18th, where he showed off his strength with an impressive 23 reps on the 225 pound bench press test. Schaffer has been preparing for what he hopes is an NFL season at Cal Strength, a performance gym near Stanford’s campus. The native Austrian is excited about the progress he has made preparing for the next step in his one of a kind football journey.

“I already see I’m way beyond where I was last season. The guy that was really good last season, is a shadow of what I am at this point. That’s exciting to see. I can see all the progress that I still can make and that I can get a lot better. That’s what’s driving me right now.”

This past season, the Schaffer shined as a starter in Stanford University’s  athletic defense. In six games he totaled  20 tackles, four tackles for a loss, and three sacks. The fifth-year senior’s play on the field impressed teammates, opponents, and coaches alike. Schaffer’s massive jump from his fourth to his fifth year had been in the works for a long time. After a redshirt season, seeing limited playing time, and battling injuries over his first three seasons, Schaffer finally cracked the rotation in 2019. The then fourth year player racked up 13 tackles and his first career sack after finally getting consistent snaps. Schaffer took the momentum of his 2019 season and brought it into 2020 despite the adversity during the pandemic.

“Every year I made enormous strides. I still don’t think I’ve hit my best football yet, I was really disadvantaged with in some regards with being able to workout. In Santa Clara country we were not able to lift or go to essential physical therapy.” Schaffer and the Stanford Cardinal. like many teams, were forced to deal with extreme adversity during the pandemic. Strict COVID restrictions in Santa Clara County, where Stanford University is located, made team workouts almost impossible for local athletes. Schaffer and his teammates had to get creative to keep improving during the uncertain times.

“A bunch of guys got together and ordered a squat rack and got some weights and a bar, really shitty old stuff. We’re talking about rusty old equipment. We actually used an ottoman as a bench. Laying on an Ottoman to bench. I did the best I could.”

Stanford football players were originally informed that their season was canceled on August 11th before the Pac-12 conference changed their decision allowing for teams to play. Pac-12 teams then had four short weeks to prepare for the season. Because of the strict COVID rules, Stanford’s players lifted weights outside in tents and even lived in a hotel for the final four weeks of the season in order to legally plat and practice, and of course all of their games had to be played on the road.

“ We were living in hotels for four weeks, taking buses to practice fields wherever we could get them. We even did a walkthrough in a random park. So, we couldn’t practice, teams couldn’t travel to Stanford, and they couldn’t practice. The only option was cancelling everything again or to go on the road and play every game we had on the away.”

Despite the extreme circumstances, Schaffer excelled in the shortened season, so much so he was selected as the player of the game twice and was named to the All-Pac 12 team.

Before competing against college football’s best in sunny California, Schaffer was a confused and distracted 12-year-old living in Vienna, Austria, struggling to deal with the loss of his father. Thomas and his brother found solace on the field after their cousin finally convinced the large Schaffer boys to try the niche sport, shortly after their fathers passing.

“Me and my brother needed something to get our minds out our depression, so we finally we went with our cousin to football practice and we loved it.” Schaffer’s size and football instincts made him a quick learner. After two years of football with the Mödling Rangers, Schaffer was selected to the Austrian U19 national team as a 15-year-old, making him the youngest U19 national team player in the country’s history. The excellent coaching of Austria’s national team helped Schaffer continue to develop his game as a youngster.

“I went from just a big body on the field, to a guy that can actually play football.”

Schaffer’s travels with the Austrian national team opened his eyes to the thrilling world of college football. A trip to the United States during the 2012 U19 World championships showed him the future path he wanted to take.

“We went to the university of Texas for the U19 World Championships. I saw the stadiums and the dorms. I said this is amazing, I want to do this.”

Upon returning to Austria, Schaffer switched schools and enrolled himself at a sports academy in the south of Vienna named Liese Prokop Privateschule. There, he saw another large jump in performance gaining 40 pounds of muscle. The new intense training regimen only fueled Schaffer’s fire to improve.

“At that point football became a part of my identity.”

Schaffer’s cousin once again became a catalyst for his football journey, as Thomas was introduced to a high school coach in the US through the football crazed family member. Needless to say, the coach was impressed with Schaffer’s build and tape. One thing led to another and Schaffer was soon on a plane to join his cousin in the United States.

He joined his cousin at Lake Forest Academy in Illinois where the tall lineman dominated both sides of the line of scrimmage for three seasons. Schaffer’s combination of size, aggression, and smarts made college coaches from all over the country drool. The former Mödling Ranger developed into one of Illinois’s top 15 players as he collected over 40 division one offers from powerhouse programs such as Oregon, Iowa, Nebraska, Wisconsin, and of course Stanford.

“It was a tough decision between Wisconsin and Stanford. I ended up choosing Stanford and that’s where my journey went into being a nerd.. a football nerd.”

Schaffer’s long journey as the first Austrian to play FBS college football has paved the way for other Austrians to do the same, such as Bernhard Raimann, Thomas Aronokhale, and Valentinn Senn. Schaffer on what it meant be the trailblazer for future Austrian players.

“Its great being an ambassador for the sport. I went to high school for several years. All before any organizations did that like Gridiron Imports. I wish I had that, but I guess I was the pioneer. Now we have guys going to college without ever playing in the US.  It’s definitely good but there is a lot of pressure going with it, being able to make it the next level. It is tough. I can’t’ just quit. I have to keep doing all these things that are unprecedented.”

In his five years at Stanford, the clever Schaffer has proved himself in the classroom as well, earning his Bachelors degree in Economics and Science, Technology, and Society. He even topped it off with a Master’s degree in Media Studies.

Because of the pandemic shortened season, Schaffer could have returned to Stanford for a sixth year of college football, but the combination of his academic accomplishments and excellent 2020 season were enough for him to forgo his last year of college eligibility and declare for the NFL draft.

“What am I going to do get a fourth degree from Stanford? Go for a PHD? Academically there’s nothing else for me to do. In football, my coach told me I played really well. Out of four games I got player of the game twice. Overall coach thinks my technique, size, and strength are at the level they need to be to make the jump.”

If the Stanford product finds himself on an NFL roster come this fall, he will be only the third Austrian player to ever play in the NFL, and the first since 1982. The other two Austrian’s were Toni Fritsch and Toni Linhart, both were kickers in the 1970’s and 1980’s for the Houston Oilers and Baltimore Colts, respectively. Schaffer along with NFL coaches see the 6’7 lineman’s enormous upside as a pro. After the Stanford coaching staff encouraged him to chase his NFL dream, Schaffer knew that he was ready for the next level.

“I can really do this! This is a legit shot, I was good my coach thinks I’m good, I can play in the league I can make the team. I just need someone that trusts me. They are gonna be happy with me. I have made another leap in potential every year so far. In the next 2-3 years I can still make those jumps and be a really good player in the league. That’s my motivation right now. The sky is the limit. I have that potential, a lot of guys have that potential they just don’t ever unlock it. I feel like, I’m inching toward that everyday.”

Austrian football fans will be rooting for Schaffer on draft day as he will have a chance to be the first Austrian drafted into the NFL. Look for Schaffer to continue reaching new limits on as he slowly reaches for his massive potential.

The NFL Draft starts Thursday, April 29 and stretches through Saturday, May 1. 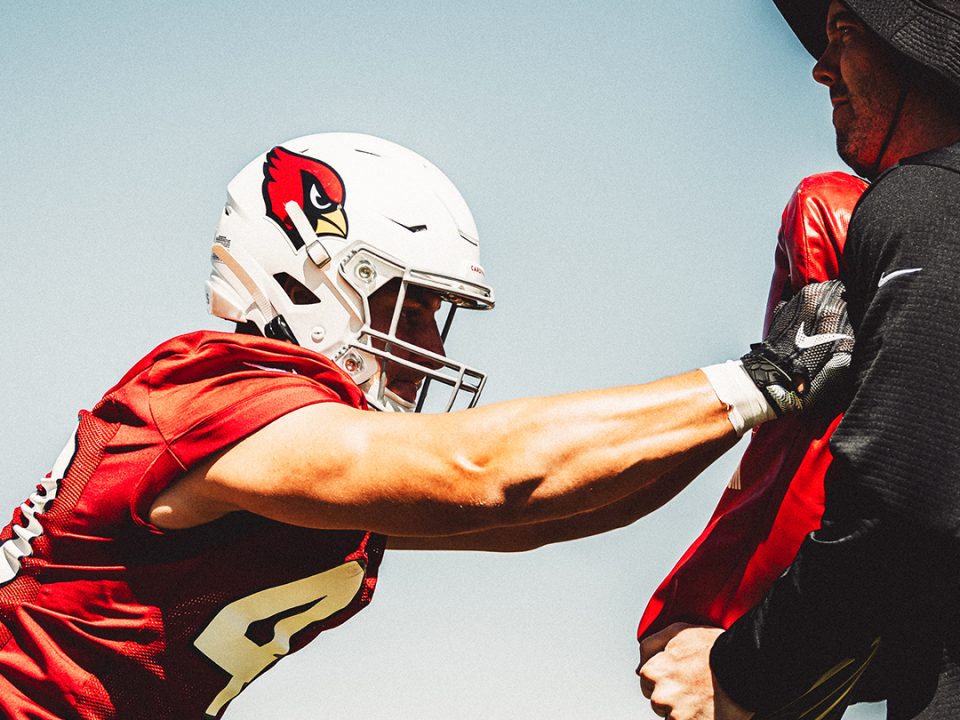 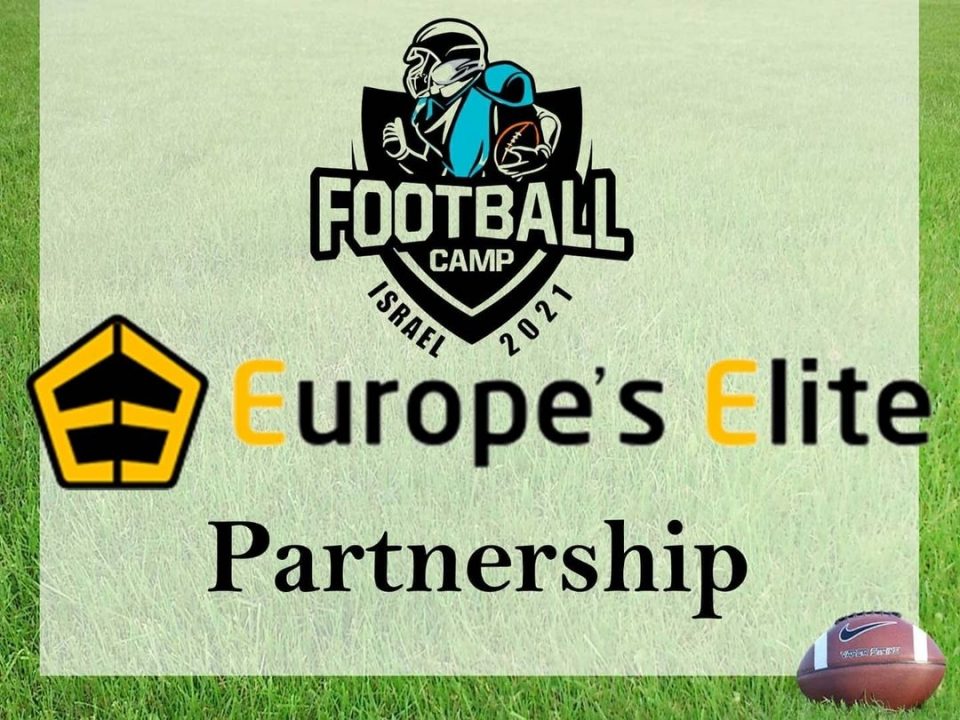 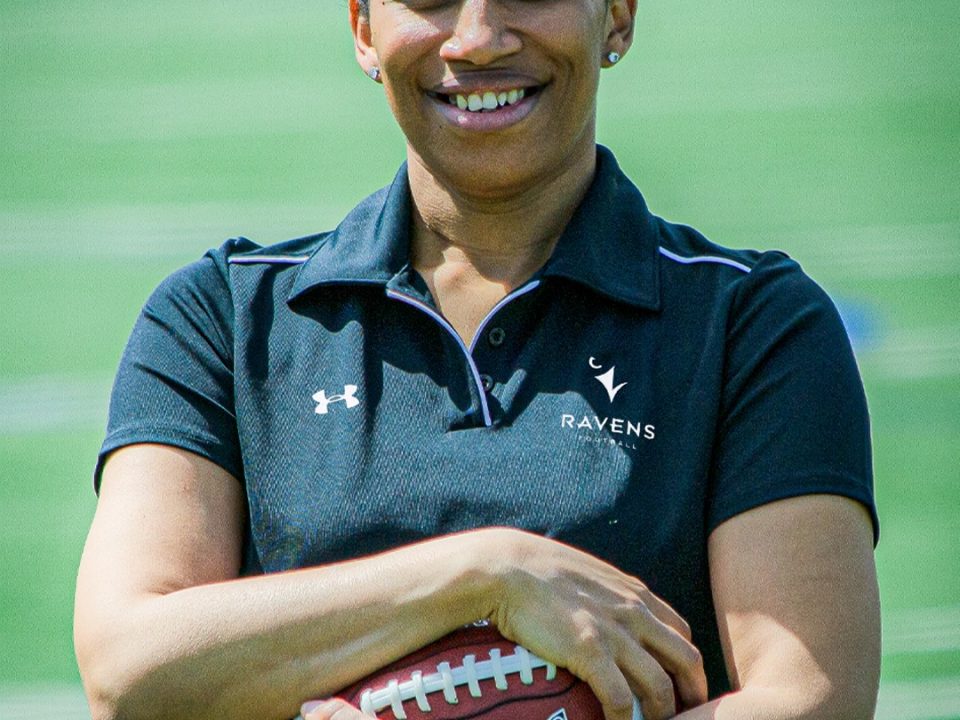