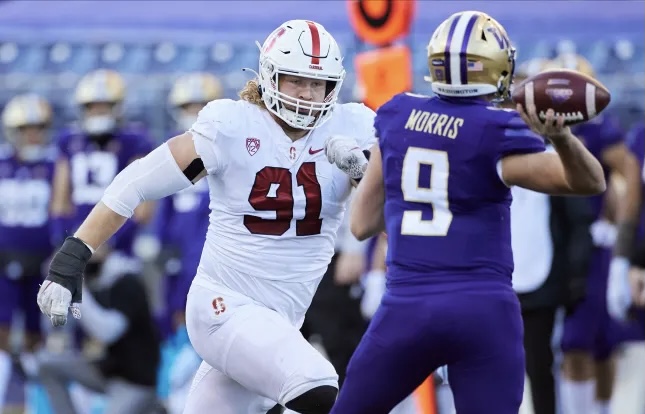 Right now, people are not talking about you the way I feel they should. Do you feel you are an underdog?

What is one thing that NFL teams should know about you?

If you could donate to one cause in the world, what would it be?

Who was your childhood hero?

Who is the most underrated teammate in your locker room at your school?

What is your biggest pet peeve?

Overcoming adversity is what defines character, what was the hardest moment in your life to overcome?

Tell me something about your school and why it is so special to you?

What is your favorite snack food?

The NFL Draft is quickly approaching, If you could sell yourself in one sentence what would you say?

If you could compare your play to one player in the NFL who would it be?

If you could have dinner with three people dead or alive, who would it be and why?