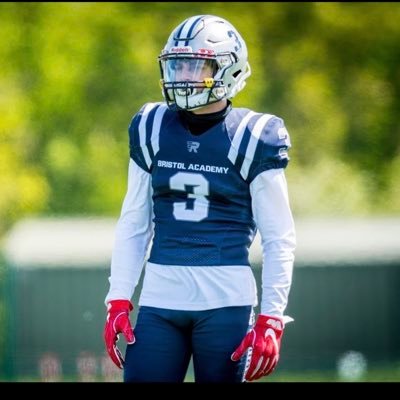 This past week we were lucky enough to catch up with one of the top young DB’s in Europe. Joe Cassidy has made a name for himself to be one of the top athlete’s in Great Britain in his position. Now he is ready to take his talents to the next level. He has already begun to catch some attention from a few NCAA universities. But he is ready to make the next step in his recruitment process. Read about the young 18 year old that first started playing football in 5-on-5 leauges in Bristol. Get to know Joe Cassidy aka, JC3.

What big name players do you watch, and whom do you compare yourself to?

How has football affected your life?

For those that are interested share this interview with a friend to help this athlete gain even more exposure. Check out his highlight tape below.