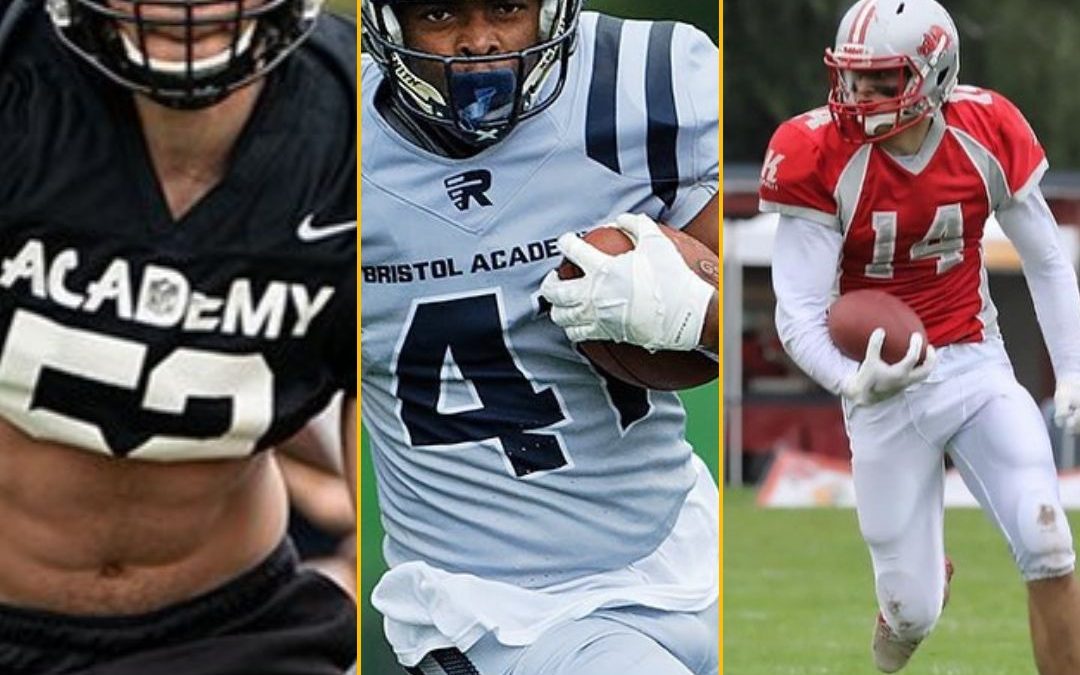 How can we pick the top U19 American Football teams at this point in the season?  It’s no easy task, but it all begins at the end of the previous year, not the “season”. As many of you know, football seasons in Europe vary from country to country. In fact some countries such as Spain and France began their 2022 season at the end of 2021. We begin our research by watching numerous games, highlight film, and reviewing the talent on each field.

Last season, in 2021, the Cologne Crocodiles were clearly the best U19 team in Germany and all of Europe. Their defensive of line was led by two D1 NCAA prospects in Max Stege and Yilanan Ouattara. While the Crocodile offenses was powered behind their dominant offensive line and star running back Duncan Brune.  But many of the Crocodiles talented senior players have moved on to the next level.

Mean while in London, the NFL Academy has decided to take the international football season by storm over the past few months. Proving they can compete with the best with convincing wins over both RIG Academy and the Dusseldorf Panther u19 teams. Now many of us wait for the highly anticipated match up between the NFL academy and Bristol Pride Academy.

Other clubs such as the Berlin Adler, Frederikssund Oaks, Flash De La Courneuve , Calanda Broncos , and Las Rozas Black Demons have also started a strong campaign that their names belong in the conversation in regards to being a top ranked u19 team this season.

Some may ask , well what about the teams who have not played much or at all this season? This Ranking was made keeping three things in mind:

Hence why teams such as Vienna Vikings (Austria) , Skorpions Varese (Italy) and Ujpest Bulldogs (Hungary) are on this list. Each of these teams dominated within their leagues last season and still have strong a lot of talent on their roster for this year.

A few new teams entering the ranks this year are the Porvoon Butchers of Finland and the Geneva Seahawks of Switzerland. It should be noted that the Butcher are actually a combination team of the East City Giants and Porvoon Butchers , who are now a undefeated U20 team. Yes the Butchers are a U20 team, but we included them in this ranking based on the talented u17 players on their roster. Similar to the exciting talent that is playing for the Oslo Vikings of Norway this season.

Lastly, this was a very difficult task and many other teams could have been included in this list. But that is the beauty of competition and football, there is plenty of time in the year for new teams to adjust their competitive position amongst the competition. 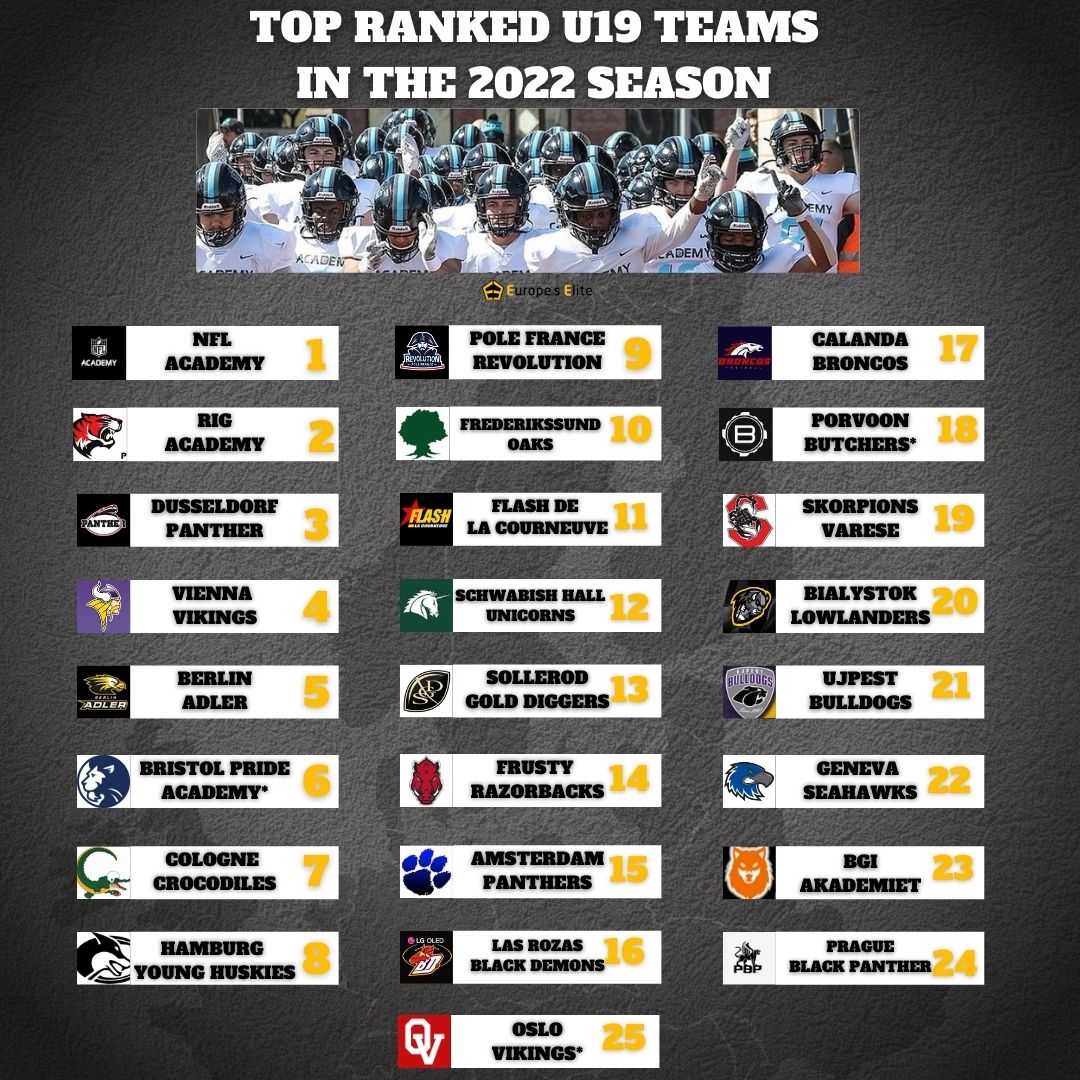 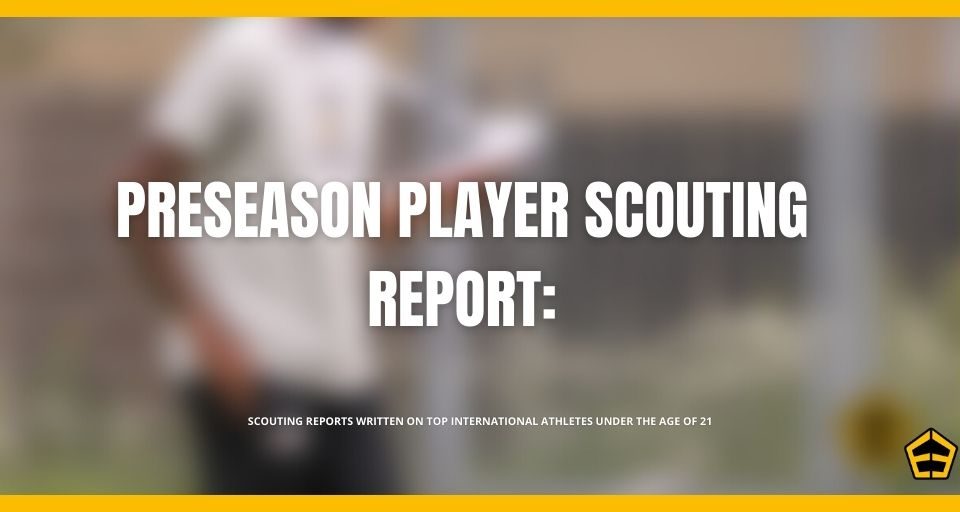 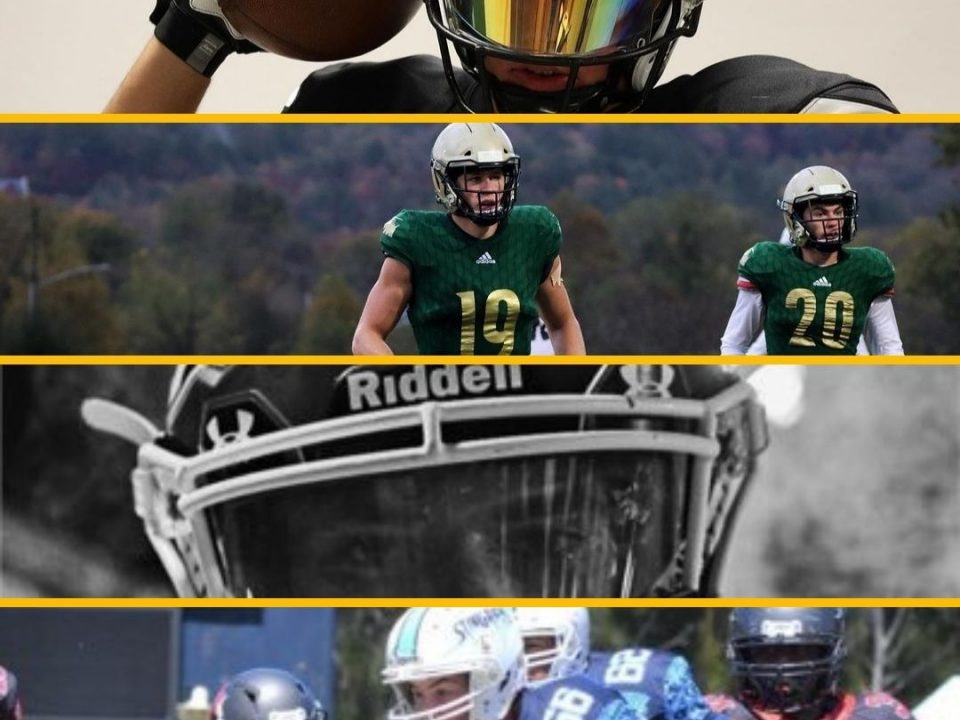 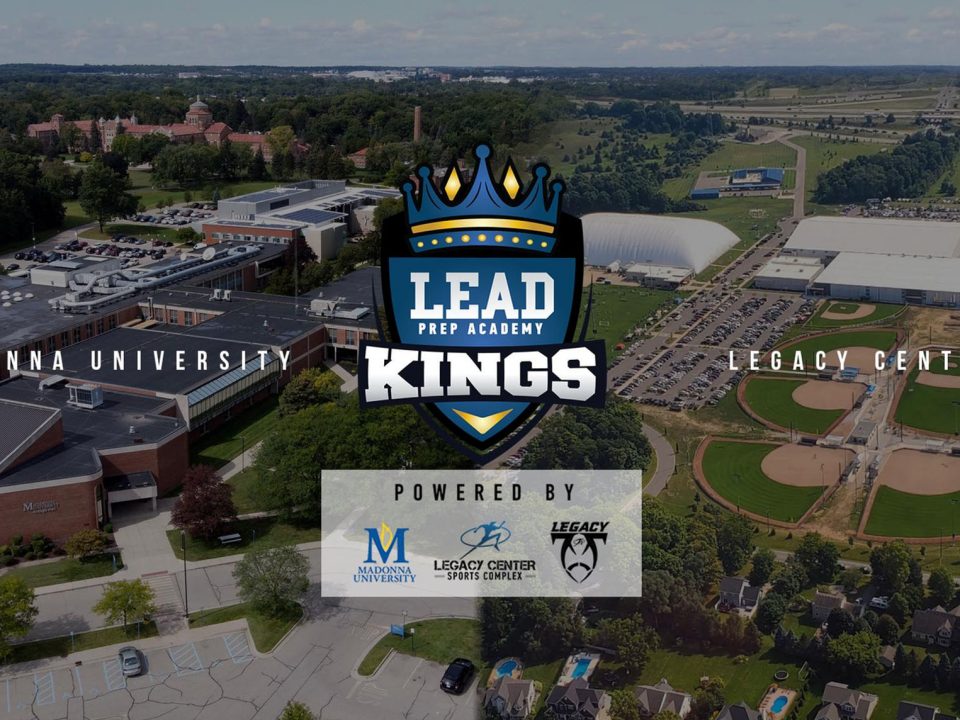