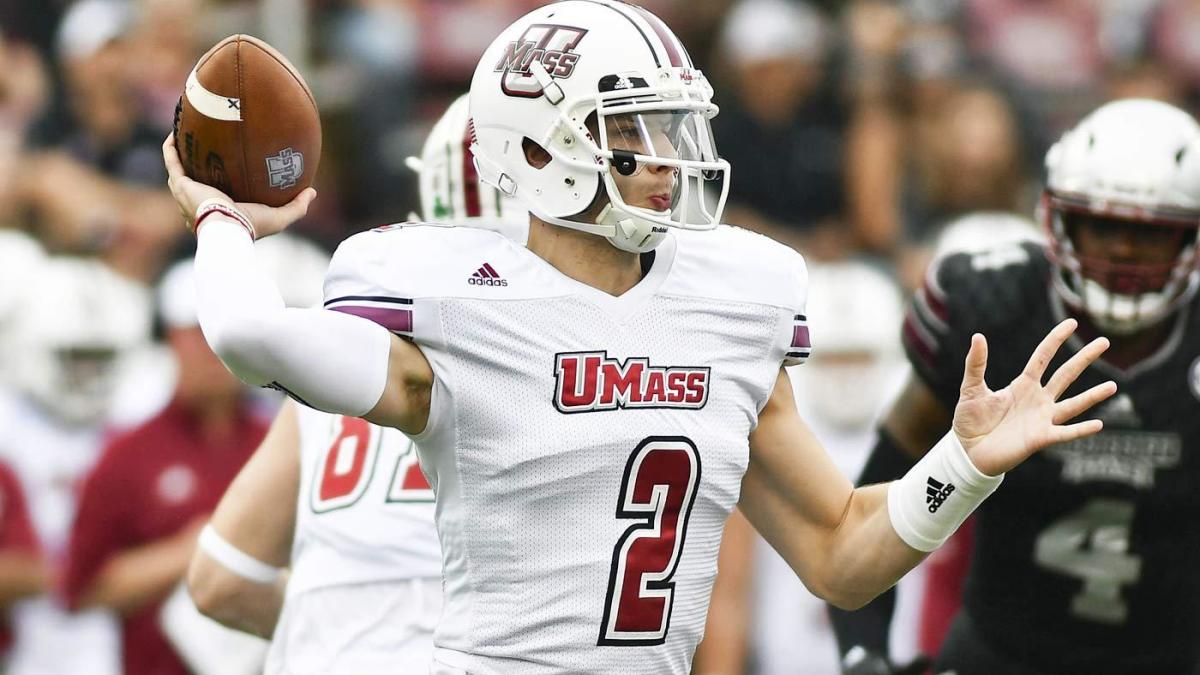 By : By Matt Vautour |UMasa Live

UMass is canceling its 2020 football season.According to a source familiar with the situation the school has made a decision not to go forward. UMass athletic director Ryan Bamford announced the decision Tuesday morning.

“After consulting with university, state and public health officials, we have made the difficult decision to cancel the 2020 UMass football season,” Bamford said in a statement. “We have been in constant communication with university leadership and our football staff since March, with the health and safety of our student-athletes, coaches and staff remaining our top priority. The continuing challenges surrounding the COVID-19 pandemic posed too great of a risk, and we reached the conclusion that attempting to play a season would not have placed the members of our program in the safest situation possible.”

“I am absolutely heartbroken for our players, our former players, our alumni and our UMass Football community,” Bell said in the statement. “Our job as coaches and mentors is to provide opportunities for our players, and do everything in our power to not take them away. Today’s news was devastating, but we will be resilient and prepared to be our best when our best is required.

“I would like to give an unbelievable amount of gratitude to our medical professionals, our administration, our campus, our athletic training staff and our operations staff for creating one of the safest environments in college football,” Bell added. “The testing, the protocols, the risk mitigation, and the execution have been incredible.”

UMass’ press release said football players will remain enrolled in school “”full-time, either virtually or in-person, in line with the University of Massachusetts’ update to its fall reopening plan, announced on Thursday, August 6.”

UMass will likely explore playing in the spring if conditions make that feasible.

“These times have presented us with extensive uncertainty, and we are disappointed for all the members of our fall sports programs who will not have the opportunity to compete this autumn,” Bamford said. “We remain hopeful and fully intend to conduct a competitive schedule for our fall sports in the 2021 spring semester.”

Bell and Bamford will meet with the media via video conference Tuesday night.

The decision comes after conferences around the country have either canceled, postponed or scaled back the scope of their seasons.

On Monday there were multiple news reports that the Big Ten had elected to cancel its season for the fall. The league did not confirm those reports. The Mid-American Conference had already announced plans to cancel for the fall in hopes of playing a spring season. Reports emerged later Monday evening that the Mountain West planned to follow a similar plan.

UConn, who is an independent like UMass, announced last week that it planned to cancel football for the entirety of the 2020-21 school year. Barring a reversal, it won’t play games in the spring, even in favorable conditions. Old Dominion, which is a member of Conference USA, canceled its season even though Conference USA is still on schedule to play.

The Atlantic 10, which sponsors the rest of UMass’ fall programs, announced earlier this summer that it would not play fall sports in 2020.

UMass’ cancelation is not the result of any COVID-19 outbreak. According to Walt Bell last week, his program had just one positive test since players arrived in July. The players have been living and working in 10-person pods to limit exposure.

ESPN reported Monday that five Big Ten athletes had tested positive for myocarditis, the heart ailment associated with people who have had COVID-19. Boston Red Sox pitcher Eduardo Rodriguez has diagnosed with it and has been shut down for the season while he deals with it.

UMass had already lost four games from their schedule:

Sept. 3 – UConn – If the Minutemen and Huskies had both been playing football, it’s possible, even likely that the two independents would have played twice. UConn not playing football could impact UMass’ ability to play in the spring. If teams do play a spring schedule, most if not conferences are expected to only play conference games, so not having UConn as a nearby opponent that wouldn’t cost much to play, would have been a benefit.

The other independents (not including Notre Dame which is fully aligning with the ACC during the pandemic) – BYU, Army, New Mexico State and Liberty have not canceled their seasons yet.

Oct. 17 – Akron – The Mid-American Conference canceled its fall season with the hope of playing in the Spring.

Nov. 14 – Auburn – The SEC announced it is only playing conference games, UMass canceling its season likely negates any claim it had to the $1.9 million the Minutemen were expected to get paid for playing the game