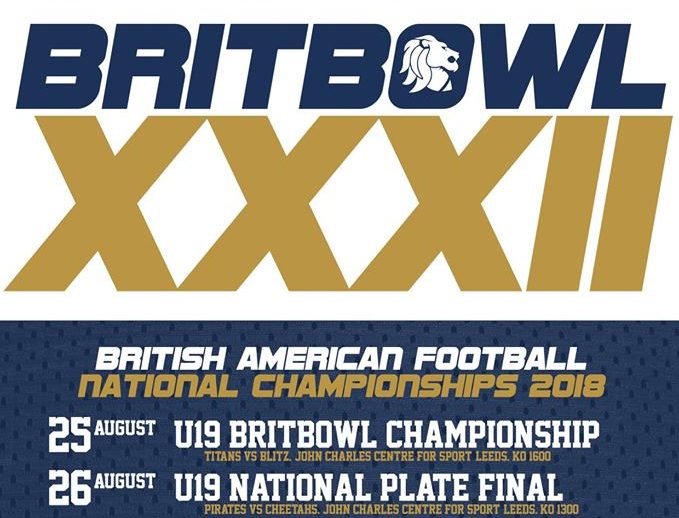 This weekend marks the U19s British National final – affectionately termed the ‘Britbowl’ – between long running powerhouse, the London Blitz, and the bridesmaid with a chance to finally become the bride, the Manchester Titans. The Blitz have an incredible record in games of this magnitude, winning each of their five visits to the Junior Britbowl since 2010, which would put them as slight favourites based on pedigree. However, the Titans have had an incredible season, and a golden generation of graduates from U17s could be enough to push them over the edge.

The Blitz come into this one off a confidence boosting demolition of the only team to have run them close this season: the Hertfordshire Cheetahs. After the first game finished 20-13, many thought the Cheetahs could shock the Blitz in the semis. London stepped up and showed out however, racking up a 44-2 score line and providing a resounding statement to their doubters. That result marked their 5th time in seven games going over 40 points, and their sixth in which their defence did not conceded a point (the two coming from a safety). With such domination on both sides of the ball, it is hard to pick out impact players. One person who deserves immense credit, however, is Blitz WR and stand in QB Leonardo Sophoclis who has helmed the Blitz team out of position for the past several weeks and done so with aplomb!

The Titans, meanwhile, have proven tight lipped, unwilling to give even a slight advantage over to the Blitz with hints to a game plan. Regardless, they are excited to compete in their first Britbowl after a tense semi-final that required overtime to split the teams. Manchester sides of late have been predicated on physicality, and this year’s team is no different. A bruising ground game, consisting of Reuben Rebs-Quinn, Tom Jones and Anele Hlongwane, behind an immense offensive line will be certain to test the staunch Blitz front. Manchester are hardly one-dimensional however, with an incisive passing attack headlined by a connection between QB Ben Miles and WR Max Gracie-Ainscough which produced three touchdowns in the semi. This multifaceted offense is backed up by a strong defence which styles itself the ‘Big Blue Wrecking Crew’ – and they will certainly have to live up to that name if they are to halt the Blitz!

A true battle of the powerhouses, this game looks to be as tight as last year’s final, which the Blitz took by a single fourth quarter score. Will the dynasty add more silverware to the cabinet, or can the upstart Titans break a trend of 15 years without a Northern British champion? We eagerly await the answer this Saturday!