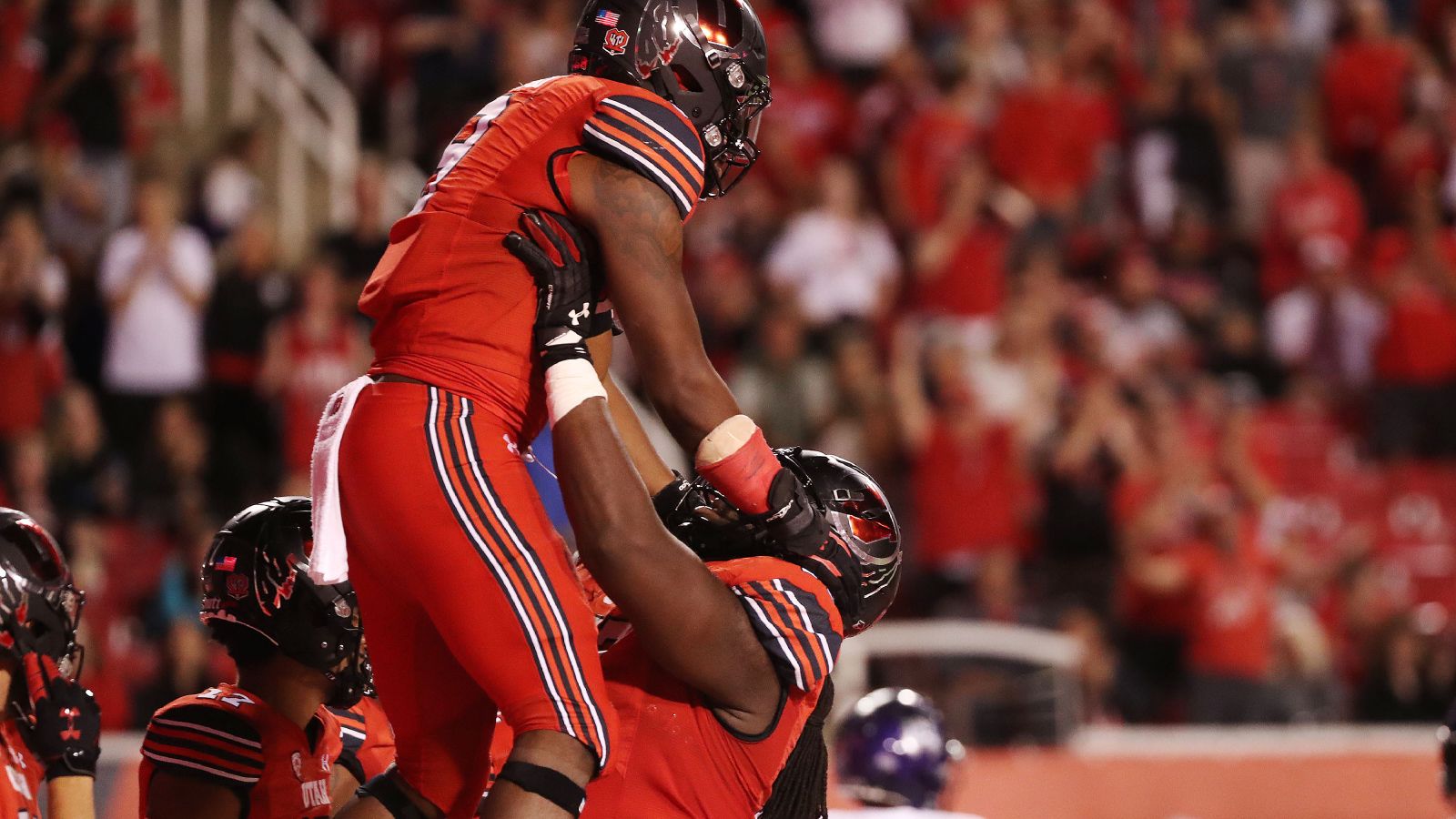 By: By Joe Coles @JoeAColes of Desert News

You just witnessed one of the greatest games in Utah football history and United Kingdom’s very own Bam Olaseni helped lead the way with the offensive line.

In front of a school record crowd of 52,724 at Rice-Eccles Stadium and a national audience watching on ABC, Utah dominated Oregon in all three phases of the game. The Utes clinched the Pac-12 South title, ensuring a third trip to the Pac-12 championship game in four years.

The No. 3 Ducks were the highest-ranked team that Utah has beaten, and the win was head coach Kyle Whittingham’s 142nd, moving him to first in all-time wins in program history. Here are the grades from the Utes’ win:

Once again, Tavion Thomas led the way on offense for the Utes. Thomas gained 94 yards on 21 carries and broke the school record for rushing touchdowns in a season, scoring three against the Ducks.

Two of those touchdowns came on critical third downs in the red zone.

TJ Pledger and Micah Bernard kept the ground game working when Thomas went to the sideline, with 46 and 26 yards, respectively.

With Paul Maile out, the starting offensive line of Bam Olaseni, Keaton Bills, Nick Ford, Sataoa Laumea and Braeden Daniels did a fantastic job against a physical and talented Oregon defensive line, with the exception of a few high snaps by Ford.

That helped Utah rush for 208 yards. Entering the contest, the Ducks were allowing only 120 rushing yards per game.

Utah pretty much neutralized Oregon defensive end Kayvon Thibodeaux, who is projected by many to be the No. 1 overall pick in the 2022 NFL draft.

Thibodeaux had no sacks and no tackles for loss. Olaseni and Daniels had a great game against him, and Utah’s tight ends contributed to the blocking success as well.

“We had some scheme to nudge him and chip him with tight ends and running backs. Our tackles did an outstanding job,” Whittingham said.

“Bam Olaseni is really coming into his own. He’s really becoming a dominant force at that left tackle position. Braeden Daniels (is) … playing out at tackle and playing at a very high level.”

Utah’s first touchdown of the game highlighted part of the Utes’ game plan to combat Thibodeaux, as tight end Cole Fotheringham had a nice block on him, with Thomas running to the opposite side for a touchdown.

Utah was 11 for 14 on third downs and had no turnovers.

As is often the case when Utah’s run game is working, quarterback Cam Rising did what the Utes needed him to do and managed the game well.

Pretty much the only negative on offense came in the fourth quarter, when Rising fumbled when trying to hand the ball off to Thomas, but Utah recovered the ball.

The key point in the game came late in the second quarter, when Utah scored two offensive touchdowns in less than five minutes of game time.

After a Rising touchdown run made it 14-0 with 5 minutes left (that drive was assisted by Kuithe’s back-to-back 20-plus yard catches), the Utes took advantage of a missed field goal and drove 77 yards in 1:35.

Kuithe’s 49-yard catch and run came on that drive, and Thomas punched in a touchdown to put Utah up 21-0.

Of course, after that, the Utes got a stop, called timeout and Britain Covey had a punt return touchdown to go up 28-0 at halftime.

Utah’s first priority on defense Saturday night was stopping the run, as Oregon has one of the Pac-12’s best rushing attacks, averaging 227 yards per game entering Saturday’s contest.

“We’re both teams that pride ourselves on running the ball, being physical at the line of scrimmage. It was a battle in the trenches. We emphasized that all week. Whoever won the trenches was most likely going to win the game,” Utah linebacker Devin Lloyd said.

Utah shut down the Ducks’ run game, holding Oregon to just 63 yards rushing. It was the first game since September 2019 that the Ducks had 63 or fewer rushing yards.

Running back Travis Dye was averaging 90.8 rushing yards per game, but Utah held him to 29 yards.

Utah also contained quarterback Anthony Brown when he tried to run, another key to victory, holding him to 8 yards on nine attempts and forcing him to try and beat Utah thorough the air (Brown was averaging 55 rushing yards per game entering Saturday).

Some of the lack of running production was due to Oregon getting in a 28-0 hole at halftime and having to pass the ball more — the Ducks threw it 35 times and rushed it 23 times — but the Utah defensive line did an excellent job stopping the run when Oregon did run the ball, especially early in the game.

Utah forced a punt or field goal attempt, both of which missed, on Oregon’s first five drives. Combined with the Utes’ offensive performance, it was too much for the Ducks to overcome.

Cole Bishop was excellent with seven tackles, a tackle for loss, two pass breakups and a blocked field goal.

Lloyd had six tackles, a tackle for loss and a big hit on Travis Dye on third down. Junior Tafuna had 1.5 sacks and Mika Tafua had one.

Brown was pressured by the Utes’ defensive line, which sacked him three times and forced hurry-ups. Brown was never comfortable or in a rhythm.

Utah’s only negative moments defensively came on a coverage breakdown by Clark Phillips III that led to Oregon’s lone touchdown of the night and pass interference by Phillips that moved the ball to the Utah 21-yard line with 2:52 left in the first quarter.

The Utes made up for it on the next play, stopping Kris Hutson for a loss of nine on a reverse play.

On second down, Phillips forced an incompletion with a fantastic hit. Utah then stopped Dye well short of the first down on third down and blocked the field goal on fourth down.