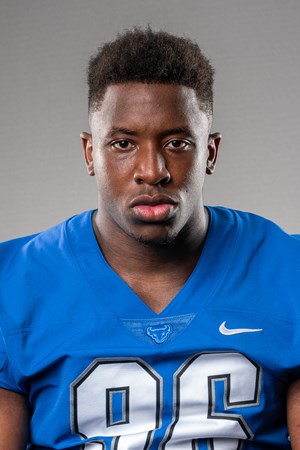 Jordan Avissey is no stranger to success, hustle and a sacrifice. The young 22-year-old  athlete from Orleans, France  has not played the game of football for a long time, but his resume is stacked with success.  In 2018 Avissey was a part of the French National team that won the European Championship , with Head Coach Patrick Esume. After which Jordan took his talents to Canada and spent 2 years at Thetford Mines college in Canada. His athleticism and tenacious work ethic earned himself a full ride scholarship to the University of Buffalo.

By choosing the University of Buffalo , Avissey was following in the steps of NFL star  Khalil Mack. But after spending 2 years with the Buffs , Jordan now has his eyes set on a new mission. But the big question is “What’s next”? 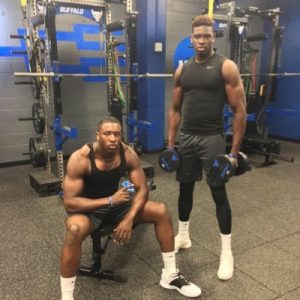 Playing for a Division 1 college football program is a dream for many young athletes. So once the opportunity was presented to Jordan he couldn’t pass it up. So we had to ask Jordan why he choose the University of Buffalo?

-Buffalo was the first school who offered me. I chose Buffalo over Power five schools because of the strong interest and relationships built with the Coaching staff. And they flew three of their coaches to visit me in my home. It meant a lot to me and my family.

After Jordan had played for the University of Buffalo for two seasons, I was curious to learn if it has been everything he has dreamed of. The opportunity to play division 1 NCAA football often times allows athletes to display their talents on a large stage. Which then creates an opportunity to chase the dream to play in the NFL

-At first D1 football was for me the best platform to play football after the NFL. I was watching the videos of the big schools and I used to have stars in the eyes and a smile on my face watching them. It was a real motivation to be able to join these guys and compete at the highest level.

-Now that I have played D1 football, you sometimes get used to it and it becomes your everyday life, but I still have that excitement every time I step on the field for game day. It’s an incredible feeling to be where you used to dream of.

Playing for the University of Buffalo has been both a dream and a grind for Avissey. He has been able to establish lifelong relationship . play in big time bowl games, and compete on a team that was ranked in the top 25 of the nation.

But things have not always been perfect during his time at Buffalo. With the corona virus outbreak this past season, international students were not able to travel to their home countries. At one point there was even a conversation if international athletes should compete in a season. Needless to say the coronavirus had a huge impact on Aviessy’s time at the University of Buffalo. Jordan Avissey has now entered his name into the NCAA transfer portal.

I’ve always seen the transfer portal as an opportunity to explore for the player and to shape their career the same way coaches do. It’s possible that a school is the perfect fit at the beginning and changes overtime. That idea stayed the same for me!