Europe’s Elite was able to catch up with Steven Mueller who is a 6’4 230lbs Gunslinger from Switzerland. Steven is one of the best QB’s from Europe and is currently playing junior college football for Foothill College in the United States. Although Steven’s story is just beginning, it is very inspiring and gives a great glimpse into the process that international players go through while chasing their dreams of playing college football.

We decide to let Steven Share his story first hand and share his journey from just watching Football on TV to now playing in America. We hope his story will inspire many more players to realize that your goals are much more possible than they think.

I started playing basketball when I was in 4th grade. I loved basketball and I always wanted to play in the NBA. Allen Iverson, Kobe Bryant and Carmelo Anthony were my idols. In 2008, I attended a sports camp in Fiesch, Switzerland. I actually attended the camp to participate a hip hop dance class with my best friend. Next to dancing classes, tennis and other sports they offered football. I was immediately fascinated by that sport. I remember, after I came home from the sports camp, I went on my computer and started watching YouTube videos about football.

The First highlight tape that I watched was Reggie bush’s at New Orleans. Of course I thought “I want to be running back”. Everybody thinks that. You want the ball, and you want to score touchdowns that you can be the star. Unfortunately it isn’t that easy. Anyways, I started googling “American Football Zurich” and I came across the Renegades. My city’s football team. I saw that they were very successful and I wanted to be a part of it. So, one day after class, me and my friend went to a try out. The first thing a coach said when he saw me ( I was like 185cm and 65 kg/ 6’1 and 145 lbs) was, you are going to play QB. I was not very satisfied with that thought because I wanted to play receiver or running back… as the practices went on I had to start warming up with the QB’s but was able to get reps as a wideout as well. So, basically I was always a QB backup but my main position was receiver.

STEVEN PLAYING WITH THE ZURICH RENEGADES
Time went on and the renegades imported a lot of US players. Some of the imports that taught me a lot were Justin Willis former SMU starter, Jordan Rasmussen former PLU starter, Perry Patterson former Syracuse starter and Coach Stand Bedwell . They were all NCAA Quarterbacks that helped me develop into a QB.

My first season as a QB was in 2013. I did pretty well, lead the team to the Swiss Junior bowl, received an offensive MVP and got invited to the Swiss National Team by the end of the season. Since then I have created a passion for this position. From this point on everything just went uphill. I absolutely killed my 2014 season leading my team to the Swiss Junior Bowl again and won another MVP. At this point Jordan Rasmussen got back to me and told me I should attend a Juco in the US. Coach Stan Bedwell one of my former O-coordinators at the Renegades told me to come with him to his Juco in North Dakota. It somehow didn’t work out but I kept believing that I will one day go to the US to play football. A little bit later some coach contacted me and told me I should attend the IFAF World camp. A camp where the best players from around the world (except US and Canada) come together to compete against each other and play a game against Team USA. I applied and got elected to participate the camp in Dallas, Texas. I flew out there and was in competition with 8 other quarterbacks. I quickly moved up to the top 2. So, me and 1 other QB competed for the number one spot.

There was a Thursday night scrimmage and an official game on the following Saturday. Thursday was the day where the starters were selected. So, me and the other QB got equal amounts of snaps in the scrimmage. Scrimmage went good. Very last play of the scrimmage, I was about to throw a seam and the DE hit me in the back while I was throwing and I dislocated my shoulder. This was the reason why I wasn’t able to play in the final game in the Dallas Cowboys stadium against team USA. I was pretty mad but I had to look forward. I was named the started in the Swiss National Team against the Netherlands where we won 21:00. Around this time I was in contact with CCSF and we were working things out. January 2016 was when I moved to the US to play collegiate football. It took me a lot of courage leaving all my friends, family and loved ones behind and going to a big city by myself. My strive for success was stronger than my fear to fail. That’s what always kept me going. 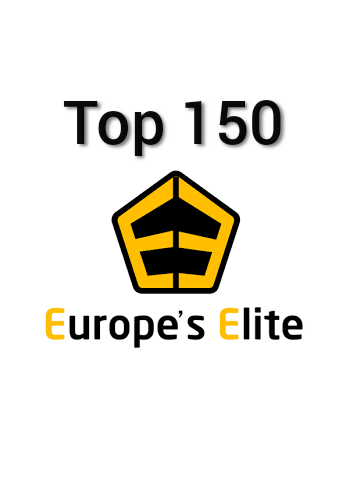