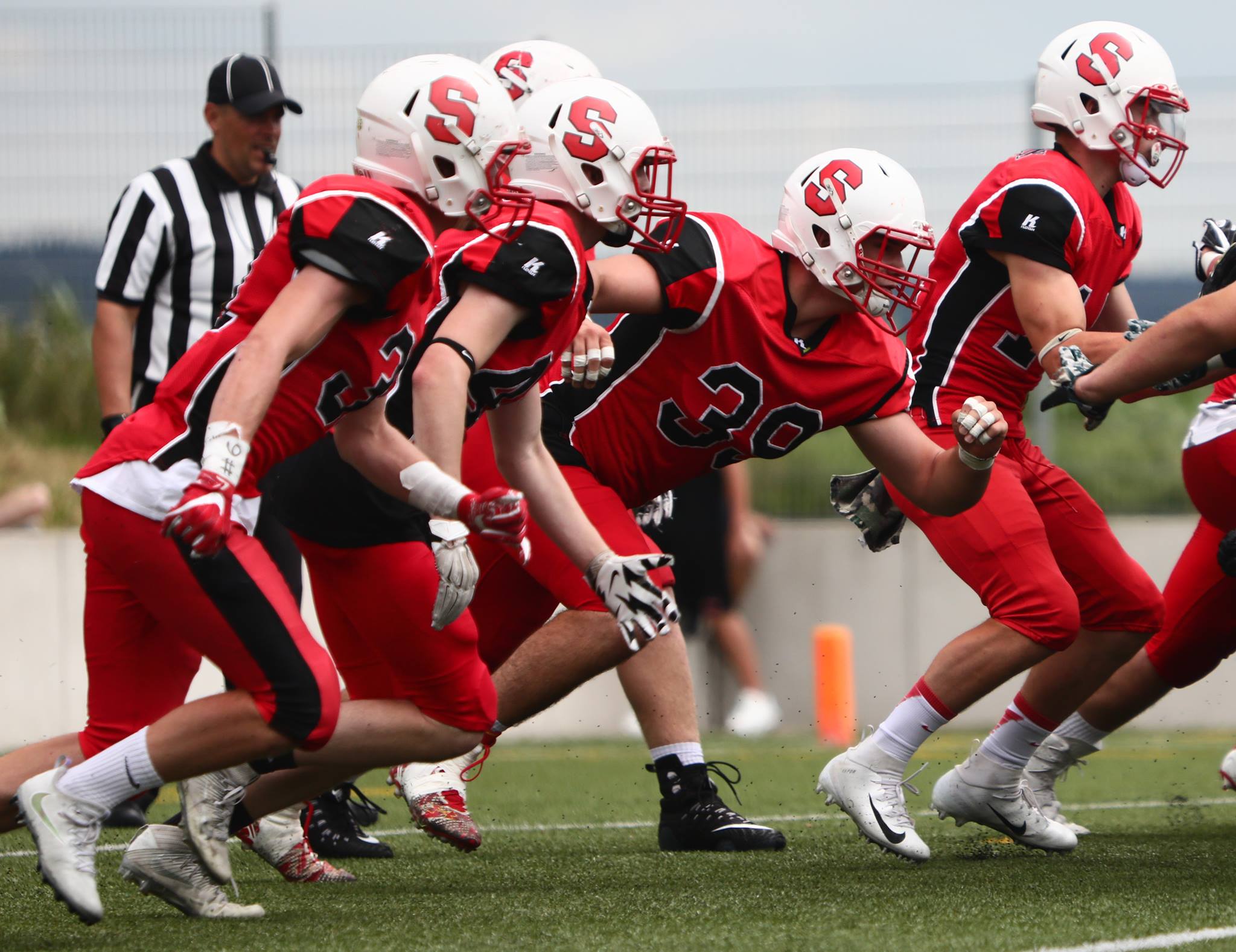 In a hotly anticipated GFL semi-final, the Paderborn Dolphins and the Stuttgart Scorpions faced off this weekend, to determine who would be present in the 2018 Junior Bowl. Buoyed by the return of star players who had – up until recently – been on recruiting visits in the United States, the reigning National Champion Dolphins came out 27-9 victors.

The Dolphins have endured an up and down season, owing partly to the visits abroad of their best players, such as University of Virginia commits Luke Wentz and Kariem Al Soufi which left them at a disadvantage the second half of the regular season. However, with the return of these players has come a return to form for the reigning National Champs, and just in time for the playoffs! These superstars wasted no time in having an impact, with QB Wentz passing for a touchdown on the Dolphins’ opening possession, and OL Al Soufi carving holes for Daniel Ampadu to score a rushing touchdown and make it 14-0 by the end of the first quarter.

The Scorpions had some bring spots, especially coming in the run up to halftime. Wide receivers Marcel Dabo and Louis Geyer helped their team march down field on three separate occasions  before the break. However, despite closing the gap to just 8 points, Stuttgart were unable to find pay-dirt, which proved crucial. Credit must go to the Dolphins for tightening up in these crucial situations, and preventing encroachments into their end zone.

The second half, by contrast, was relatively low scoring, as the Dolphins simply coasted out their victory, adding one further score to cement a 27-9 victory.

This result is bound to give the Dolphins confidence that they are back on top form. This will certainly be necessary, as the Dolphins must now look forward to a repeat of last year’s final to round out the German season, as they face the only undefeated team left in the nation: the Dusseldorf Panthers. The Panthers and the Dolphins have formed a rivalry in recent years, with both playing in the GFL-West as well as facing off in the playoffs on several occasions, making them familiar opponents. This final looks to be a barnstormer, with a perfectly balanced 14-14 score line coming in their first matchup between the two teams this season. Whilst the Panthers took the return leg 20-0, the Dolphins insist the first matchup was the only game where they were at full strength, and so we could be up for another tense affair come the 4th of August.