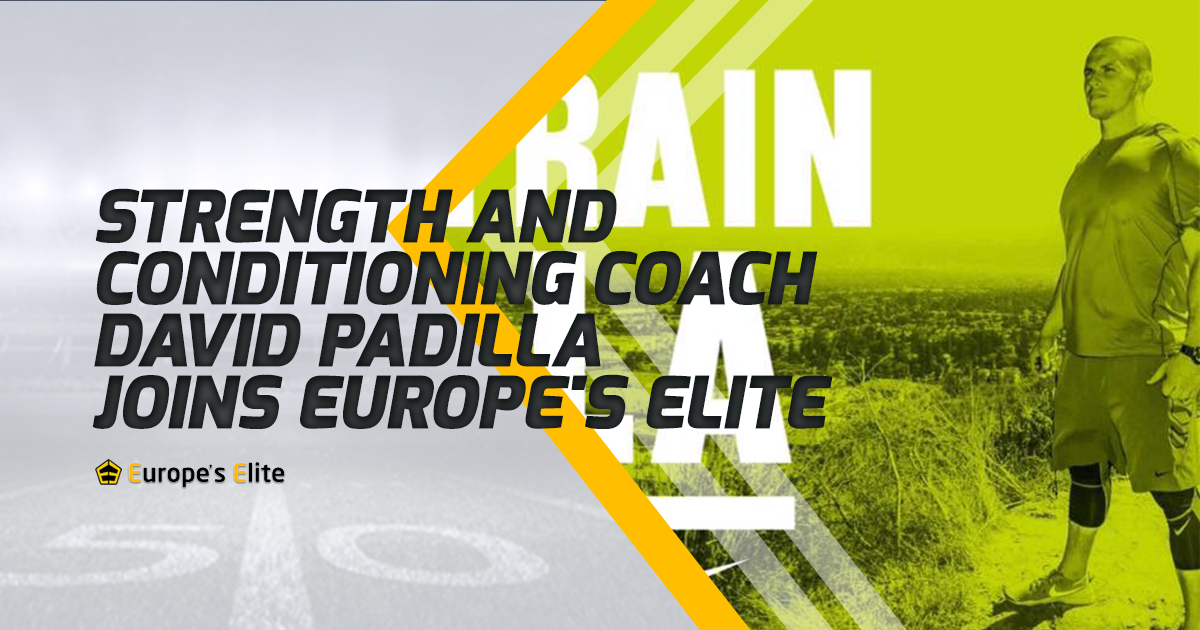 Coach Padilla will be involved in helping players to better understand how to prepare their body for football through his Forum called Training with Coach P. Coach Padilla comes to Europe’s Elite with plenty of knowledge of Strength and Conditioning, he has his Bachelors Degree in Exercise Science, Masters of Education in Kinesiology, CSCS(1) Certified through the NSCA(2), SCCC(3) certified through the CSCCA(4) and most recently was working with NIKE to help train their LA based athletes through their program called NIKE Train LA.

To learn or discuss how to improve your game through strength and conditioning please visit Europe’s Elite Forum page here at https://europeselite.com/forum/ and click Training with Coach P.

Coach Padilla Bio:
Coach Padilla is from Santa Clarita, California where he attended Valencia High School. He was committed to athletics through high school, primarily football. After high school he attended College of the Canyons (COC) where he continued his athletic and academic career through football.From COC he earned a full scholarship to play football at New Mexico Highlands University where he completed his bachelor’s degree in Exercise Science. After his completion of his bachelors he became a Graduate Assistant Strength and Conditioning Coach at Tarleton State University under Master Strength and Conditioning Coach Rod Cole. At Tarleton Coach Padilla trained multiple sports primarily football. Coach Padilla was an intrical part of the development of Tarleton State’s football players.

At the Completion of his Master’s degree at Tarleton Coach Padilla got to work under his mentor Master Strength and Conditioning Coach Robert Dos Remedios. At College of the Canyons he worked directly with Coach Dos training 10 collegiate teams as well as teaching courses in the kinesiology department. He also worked directly with the LA based NIKE training team to put on special training events called Nike Train LA teaching and implementing functional training techniques to Nike sponsored athletes.
In addition to helping Europe’s Elite Coach Padilla is the Head Strength and Conditioning Coach for Oxbridge Academy in West Palm Beach, Florida. There he oversees all athletic teams which include Baseball, Basketball, Cross Country, Football, Golf, Lacrosse, Sailing, Soccer, Swimming, Tennis, Track and Volleyball.

Coach Padilla says he would not have been able to accomplish any of this without the support of his family, David and Roberta Padilla and his younger Brother Dylan.