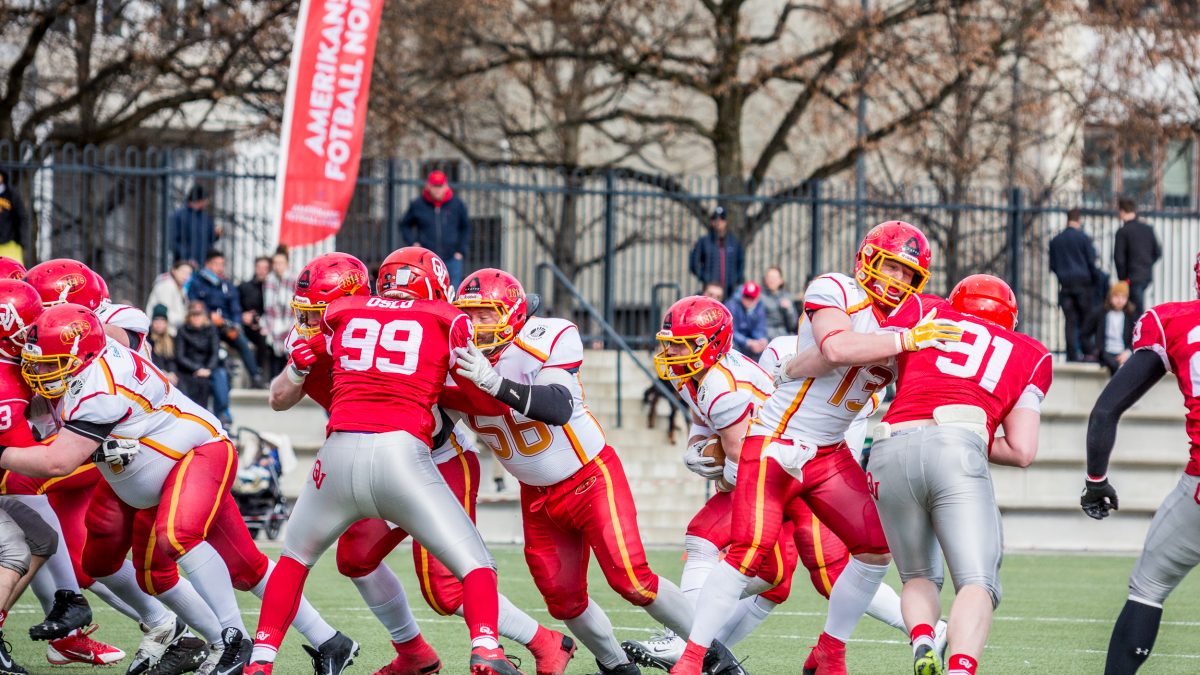 In the first matchup between powerhouses in Norway, the 3-0 Eidsvoll 1814s play the 2-0 Oslo Vikings. Each side has been largely unstoppable thus far, and so this match is a relative unknown. Regardless, it’s sure to be a stunner, with massive implications on the league table!

Oslo come into this one off the back of a truly dominant victory over the Sand Falcon, coming up 51-0 victors. Indeed the Vikings have proven an offensive powerhouse thus far this season, putting up over 50 points in both their fixtures, and of course the Vikings will want to continue this impressive form. Whilst it is unreasonable to assume the 1814s will capitulate in the same manner as other teams (having only conceded 13 points over 3 games), the Viking’s offence, led by QB Wilhelm Domaas will want to ensure they apply pressure early and make the 1814s put up some points of their own.

Eidsvoll, meanwhile, will be looking to a strong running game to start with, relying on the two-headed monster in their backfield of running backs André Busch and Jakob Aanerud. Helping the team to this potent ground game is an accomplished and technical unit on the line, led by centre Martin Haugerud, who has bullied defensive linemen up and down the country. However, Head Coach Michael Hall insists that his team will not become egotistical, and is willing to adjust his team’s game plan based on their opposition’s strengths. This seems a sensible move, as Oslo’s defence has been tough to break down so far this season, and so it will be necessary to take what is given on O.

It will be fascinating to see the outcome of this one, as neither team has truly been tested thus far. This may very well come down to coaching and the mentality of the players. If either side can withstand onslaughts then the day will be theirs!