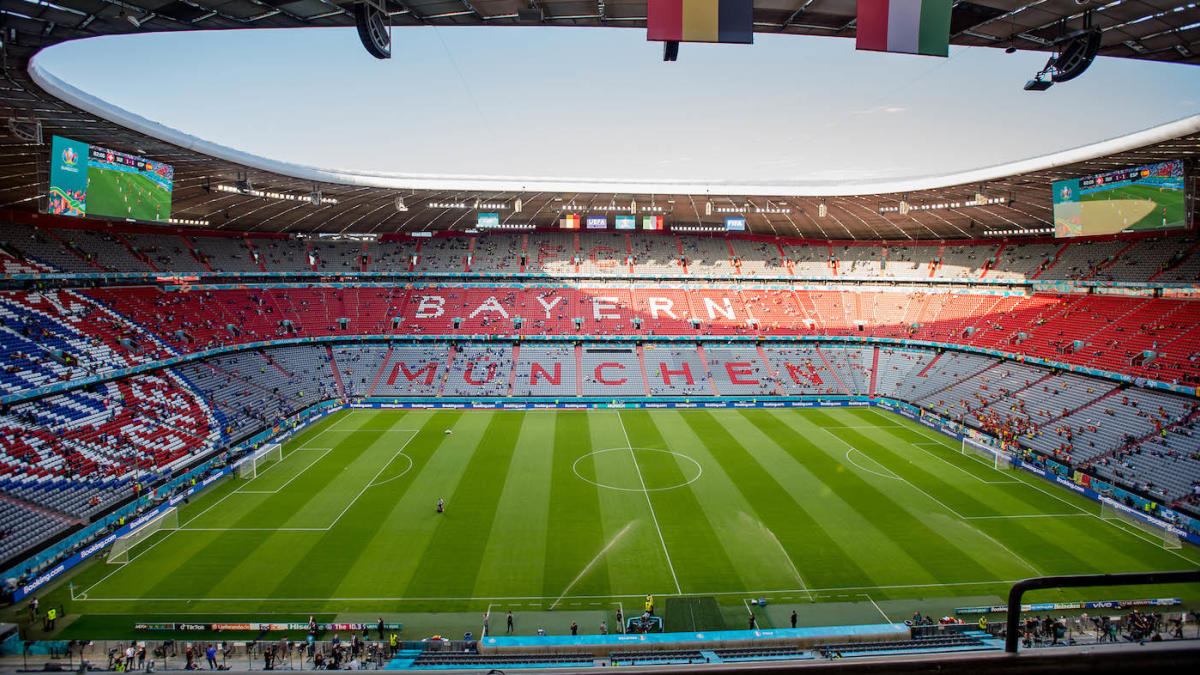 By: Cameron Hogwood of Sky Sports

According to Sky Sports seven German cities have shown interest in becoming the host partners for the NFL. Munich confirms that they are in inital talks with the NFL, while the time frame may be too short for cities such as Hamburg. Berlin is not currently involved in the bidding process and Dusseldorf has been identified to have the necessary infrastructure.

Seven German cities including Munich have registered an interest in becoming a host partner for the NFL amid the league’s plans to expand its international operation to mainland Europe, Sky Sports understands.

In June the league officially launched its search for a feasible location in which to stage regular season matchups in Germany as it looks to tap into a growing European market and further build on the 28 games that have been played in London since 2007.

London-based The Sports Consultancy is currently assisting the NFL in engaging with German cities to understand how “strategic partnerships for potential games in 2022-2025 could be structured”. 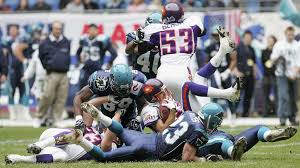 “At this stage in the process, we have received expressions of interest from seven German cities,” director of consulting Matt Wilson told Sky Sports’ Cameron Hogwood. “We are now working with each city to support them in establishing their bidding consortium, developing their partnership model and exploring operational feasibility.

“We expect to receive indicative proposals at the start of September, which will allow the NFL to shortlist candidate hosts with a view to identifying the preferred partner for potential games in Germany early in 2022.

The Sports Consultancy was unable to release the names of the seven interested parties, but expects to have a shortlist of ‘candidate cities’ in September or October.

Sky Sports have been in communication with four cities regarding their position in the process.

In response to contacting Munich’s Lord Mayor Deiter Reiter for comment, the city’s Department for Education and Sport confirmed they are in “initial talks” with the league about potentially hosting games.

“We are currently waiting for more information from the NFL regarding the requirements to be met for implementation in Munich,” added press spokesperson Thomas Gross. “A final application can generally only be made after approval by the city council. As soon as the LHM has the outstanding information, it will be examined and submitted to the city council for decision.”

Bayern Munich’s Allianz Arena is the second-largest stadium in Germany with a capacity of 75,000 just behind Borussia Dortmund’s 81,365-seater Westfalenstadion.

The NFL officially launches the process to identify a partner city for regular-season games in Germany.

Berlin’s Senate Department for Home Affairs and Sport meanwhile informed Sky Sports that the city did not pitch to become a host and will not be involved in the bidding process, but remains open to welcoming the NFL in the future.

“We cannot participate as planned in bidding processes of a commercial sports provider because we are bound by laws as sports promotion law (Sportfordergesetz),” explained press spokesman Martin Pallgen.

“Nevertheless the city of Berlin is always interested in hosting high profile sporting events. We can offer a top class sport infrastructure, the Olympiastadion is an internationally well known venue.

“Berlin is what we call Sport-Metropole and, beside science and culture, sport is one of the city’s outstanding strengths. Therefore the NFL is always invited to host their games in Berlin.”

Hamburg, whose Sea Devils outfit won World Bowl XV in 2007, could be in contention as a potential suitor in the future, however there is uncertainty over the city’s ability to meet the NFL’s immediate requirements.

In reply to Sky Sports reaching out to First Mayor Dr. Peter Tschentscher, Hamburg’s Ministry of the Interior and Sports noted they are “on principle interested in becoming a host city for the NFL”.

“For the current period the time is probably too short to implement such an event in Hamburg,” admitted press spokesperson Daniel Schaefer. “But we will stay in close contact with the NFL. So we will see. Maybe we will become a host city partner in Germany in the near future.”

Sky Sports also understands that the city of Dusseldorf retains an interest having been home to the Rhein Fire in NFL Europe between 1995 and 2007.

Speaking on behalf of Lord Mayor Dr. Stephan Keller, the city’s Head of Communication Kerstin Jackel-Engstfeld admitted the proposal to become an NFL host “would come down to the overall package, so that all involved parties are happy”.

“Dusseldorf as a sports city has proved itself an excellent host for national and international sports events in the past and will continue doing this with upcoming events like Invictus Games 2023, the UEFA EURO 2024 and the World University Games in 2025,” Jackel-Engstfeld added.

“The Merkur Spiel-Arena has been built with American Football in mind. We can provide the necessary infrastructure without additional effort. Located in the heart of Western Europe with a huge catchment area and close proximity to the Netherlands, Belgium and France, Dusseldorf could be an ideal location.

The multi-functional Merkur Spiel-Arena, currently home to 2. Bundesliga side Fortuna Dusseldorf, has a 54,600 capacity and previously served as the Fire’s home stadium as well as hosting several Wladimir Klitschko fights. 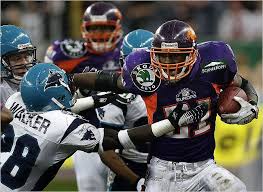 games between 1990 and 1994 as well as being represented by the Sea Devils, Fire, Berlin Thunder, Cologne Centurions and Frankfurt Galaxy in the former World League of American Football/NFL Europe/NFL Europa at points between 1991 and 2007, during which the five teams between them averaged 21,690 fans in attendance.

The Sports Consultancy’s Wilson added that they have been “encouraged” by the level of interest and “impressed by the speed with which bidding consortia have been formed”.

In addition, the NFL’s ambitions of finding a host city that shares their ambitions of consistency and longevity has seen the process involve engaging with city and state government, venue operators, incumbent clubs and private delivery partners.

“The NFL has identified Germany as a priority expansion market,” explained Wilson of The Sports Consultancy. “Germany already over indexes in terms of its NFL fan avidity, broadcast viewership and brand engagement, and there is now the opportunity to use the International games as the cornerstone to a wider partnership with a future host city, to include participation and pathway programmes, fan festivals, club/NFL partnerships and destination showcases.

“The NFL is seeking hosts who can not only show themselves to be an industry leading operational platform for an NFL International game, but can also be a year round partner driving mutually beneficial sport participation, community engagement and fan growth outcomes.”

The league recently underlined its desire to continue growing its international market by ruling that all 32 franchises will play internationally at least once every eight years from 2022.

NFL teams will also be permitted to negotiate their own international marketing deals beyond the current 75-mile radius from 2022, increasing the potential for further expansion outside of the UK, Mexico and even Germany.

New England Patriots fullback Jakob Johnson is among the most notable German-born players across the league, while Sebastian Vollmer won the Super Bowl on two occasions while protecting Tom Brady in Foxborough. The likes of Moritz Boehringer, Christopher Ezeala, David Bada, Mark Nzeocha, Aaron Donkor and Moubarak Djeri have all also appeared on NFL rosters after coming through the International Player Pathway Program, and Hero Kanu of Bavaria is one of the most coveted names in college recruiting this year following his move over to America. 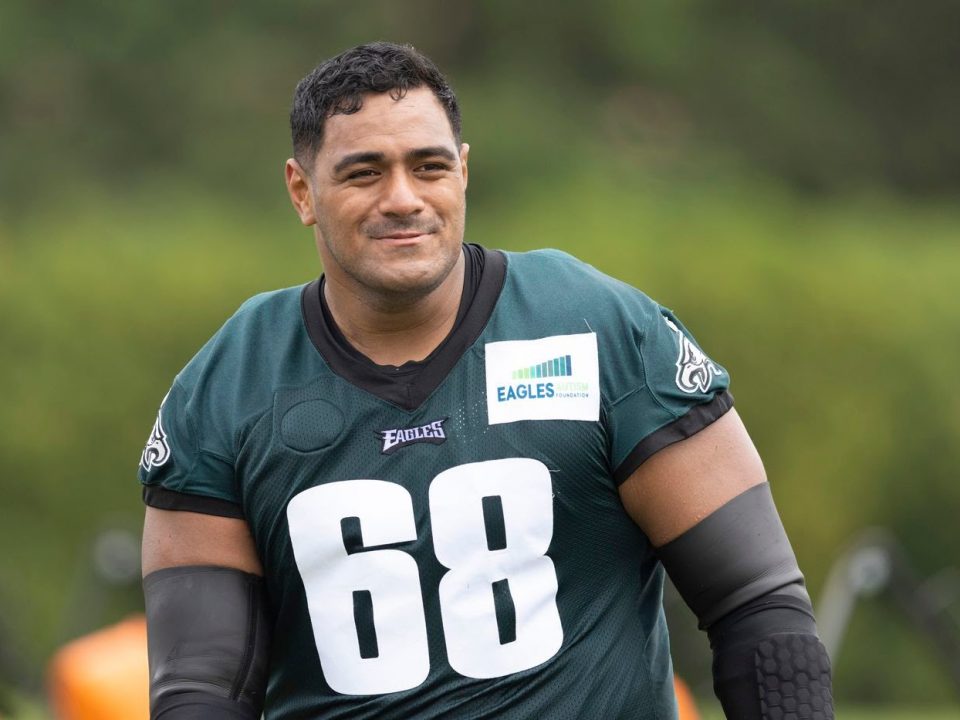 Bishop Sycamore director on ESPN game controversy: Football program is not a ‘scam 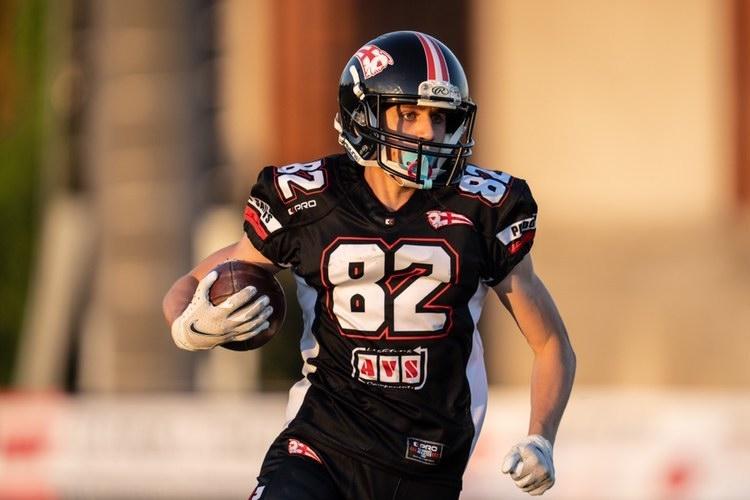