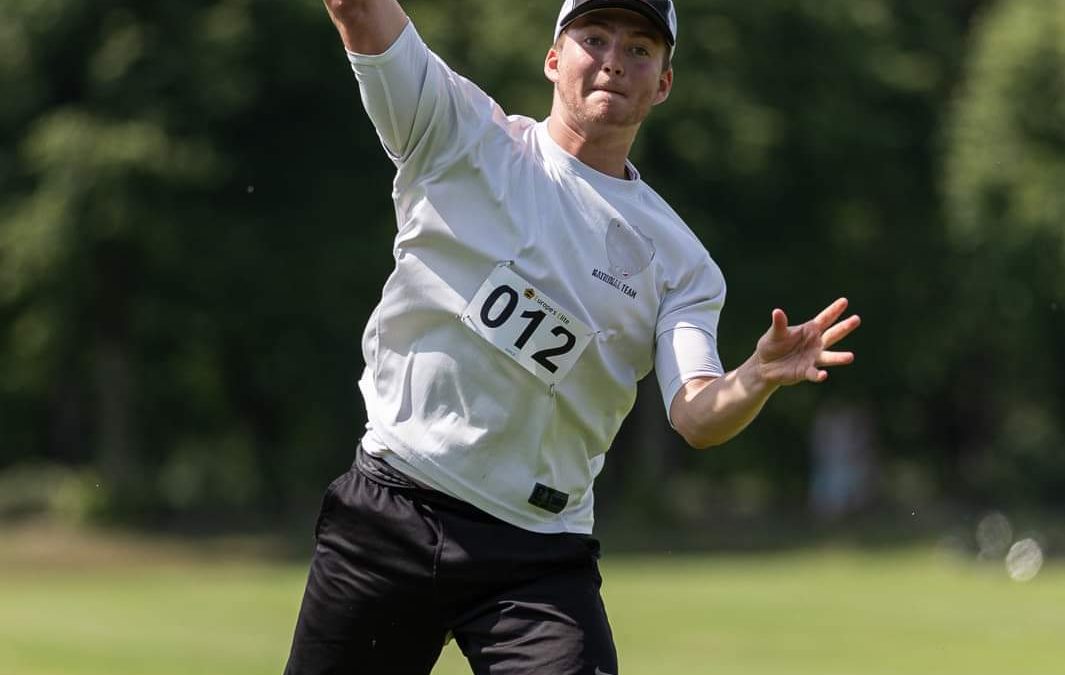 Photos By: 1st Down Photography

Many players around Europe are currently flying under the radar, all of which are making strides in making their name known. The newest asset to the Quarterback scene is Danish playmaker August Pruhs, August certainly has the potential to be among the best if he isn’t already there. The 18-year-old has been at the Frederikssund Oaks since 2013, with a year in Arkansas for the Cedarville Pirates furthering his experience and knowledge of the game. For a young player, he has an unusual level of experience, a member of the national team since 2018 and a captain against Scandinavian rivals in Norway and Sweden. The northern rivalry is undoubtedly one of the best around the continent. Furthermore, he was chosen by his peers as the Copenhagen Europe’s Elite MVP and invited to Barcelona as the reputation of the Oak seemly transcends into the 20s.

August has many qualities that have him in a category of his own in terms of the abilities he possesses. He executes a perfect deep ball with a beautiful dip straight into the hands of the receiver, in the only place where the defensive back can’t make the play. While watching him perform his action you would think you’re watching an experienced veteran player from the crispness of the release and the accuracy, not just as the deep option by also across the middle. Easily dissecting the defence he plays. The added addition of being deceptively fast on his feet makes him even more ruthless to the opposition, although he is most dangerous in the pocket where his time learning multiple systems at the highest level has made him cool under the pressure of a pass rush, keeping his head downfield and finding the open man anywhere across the field. The numbers speak for themselves in terms of productivity, August and his first-choice receiver Albert Gissel put up 15 touchdowns in both 2017 and 2018, this is elite productivity and there aren’t many duos that can match that level of scoring. Much of his scoring comes from big plays from fade and seam routes, his remarkably smooth play action has line-backers committing to the run before he gladly applies the perfect combination of finesse and quality.

The future of the Oaks is in exceptionally good hands, possibly one of the best young cores with stars all over the field. High-level coaching and a captain quarterback who spent this offseason making his team better as a unit, August has said himself he has big expectations for the coming season because of the hardworking people and great athletes on the team. The leadership qualities he has acquired will spur him to become the type of player that elevates his team to a higher level, there is a multitude of players that don’t have this aspect to their game and they never reach the pinnacle of the game, I don’t believe this will be an issue for August and I wait in anticipation for how far he can take his talents.