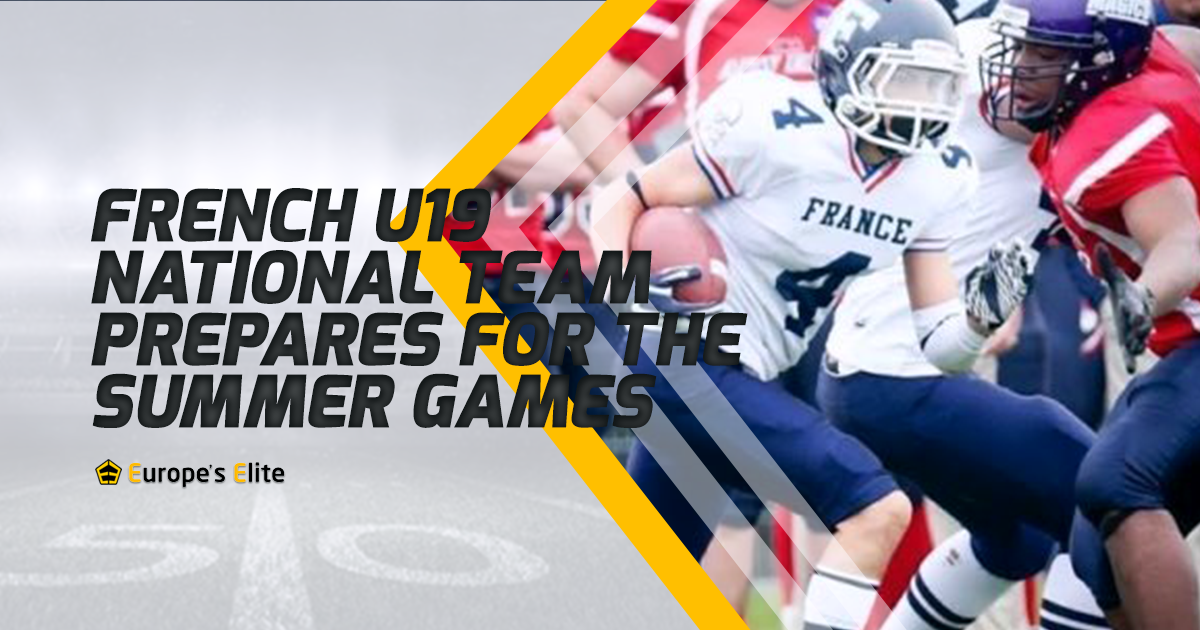 With the European games right around the corner, teams throughout Europe are holding their training camps and developing their team identities as the prepare to battle with the best Europe has to offer. Europe’s Elite got a chance to catch up with the Head Coach of the U19 French National Team Emmanuel Maguet, as he details the upcoming games, how his team is coming along and a few other topics.

The European games are right around the corner what are your thoughts about this year’s team?
We work hard, I really like our attitude during the camps, we’ll be ready to fight for a medal in July.

Who will be your first opponent?
Don’t know yet, it’ll be decided during the qualification round in June.

Is this your first year coaching the U19 national team?
No, it’s my 3rd year, I was before that with the Senior as OL coach.

Is the team roster complete or are you still having additional players join?
We are always trying to improve our roster, so the competition for the spots are always open !

How many practices have you had before this Saturday?
We had a 4 practices camp in Aix en provence last weekend.

There are currently 2 European tournaments that will be played which one will you be participating in?
We’ll play in the one & only official CE 2017.

After Saturday’s practice have there been any players that stand out so far?
I don’t like to get a player in front of the other, our mojo is TEAM first, so we’ll keep that as long as I’ll be the HC.

What are your expectations going into the tournament?
Our expectations are high. Every time we step on a field we want to compete, to give our best, to do what we are supposed to do. Last time in Dresden, we lost our 2 games, we want to show everybody in Europe we are better than that.

We saw the documentary series the Federation has for the U19 team, it is in French so for all of the non-French speakers can you tell us about the series and the purpose?
Nowadays it’s always good to show on the internet & all the social media what you are doing. Our communication staff is doing a hell of a job on that part. We’ll try to give everybody a glance at how a team is getting ready for a big goal on a season

Anything extra you would like to add?
Nothing special, thanks for doing what you do for our sport! See ya in Paris!