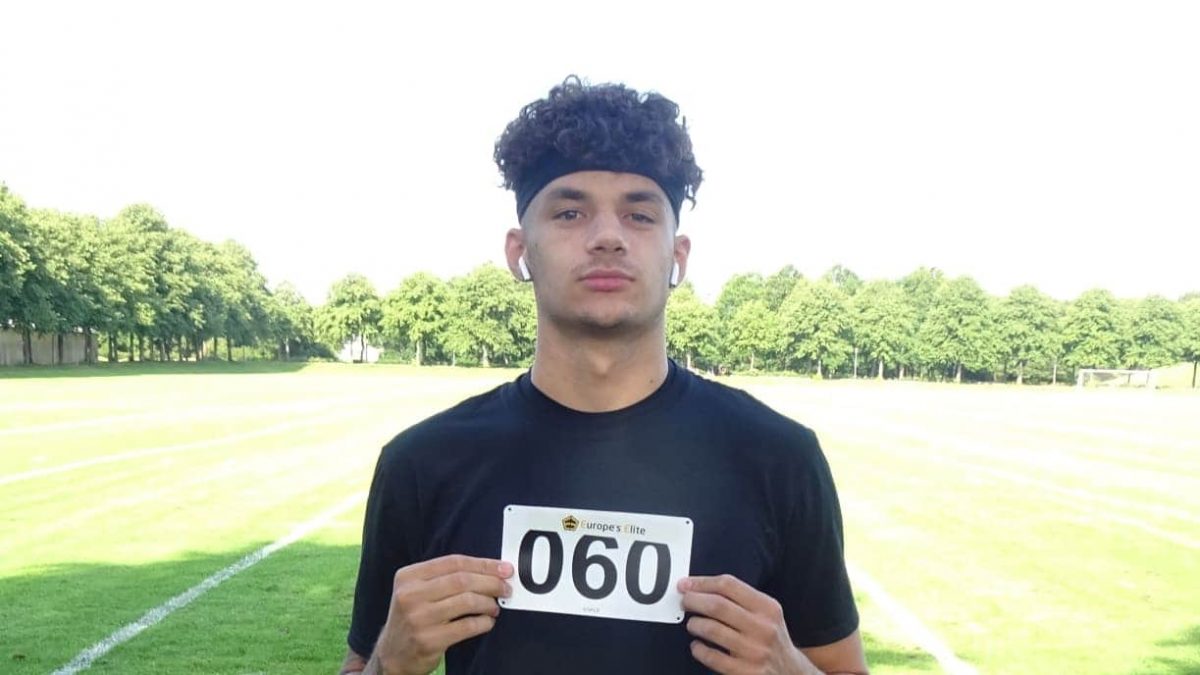 Certain players stay in the memory after watching their game, for a long time I have highly rated another elite product of Denmark. Consistently putting his name into the top young DBs in Europe. With the addition of the Denmark showcase, Milos Ilic’s stock has only continued its steady rise to a feared lockdown defensive back. A staple on the notorious Aarhus Tigers (expect to see more from them in the coming years) I foresee a high ceiling for Milos, a top 25 player in the class of 2021 and tight competition for best DB in the class it’s going to be an extremely interesting season for all the corners and safeties around Europe.

Milos is a perfect example of a ball hawk defensive back who can play anywhere across the defence, mainly being utilised at the corner he has a superb jab step to force the wideouts into a small space and force them to use their physicality. Milos manipulation of space and distance is something I don’t see often mentioned, but I think it’s one of the parts of his game that make him so special. While lined up at corner he uses the jab step mentioned earlier, a good punch into the chest or hips of his opposition and impressive use of the side-line to narrow the routes and force the perfect throw. Rarely do we see players apply these techniques, let alone to the consistency and effect that Milos brings. Furthermore, the safety aspect of his skill set shows he can play hash to hash and make supremely athletic interceptions or breakups, in addition to containing the outside in tackling running backs or blowing the gap to fill the box.

Its noticeably clear to see that Milos wants the ball in his hands, with a range of impressive interceptions from every defensive-back position he showcases great hand position through the jump balls and relentless aggression in tough one on one situations. Every team needs turnovers to win, this is exactly what he brings to the Tigers and the Denmark national team. He’s always trying to make the play to swing the momentum of the game, always turning his head around to look for the ball and fluidly turning his hips to give himself the boost he needs to get over the top of the wide receivers or to pick the ball off in stride for a good return. Irrefutably, many of his plays are coming in the Red zone, showing me that he thrives in the clutch situations and raises his game when the team needs it most. This quality is incredibly important to have in your elite players when times are tough you go to those you can depend on and Milos is a corner to depend on.

Overall, I’m ecstatic for this coming season in terms of the 2021 DB class competition. It’s certainly a strong class around Europe and arguably Milos is leading the way for the standard of Euro Corners. When he has anther solid campaign there’s going to be interest from the NCAA and title-contending teams across the European leagues, I’m simply happy to watch how far he can go with his talents.