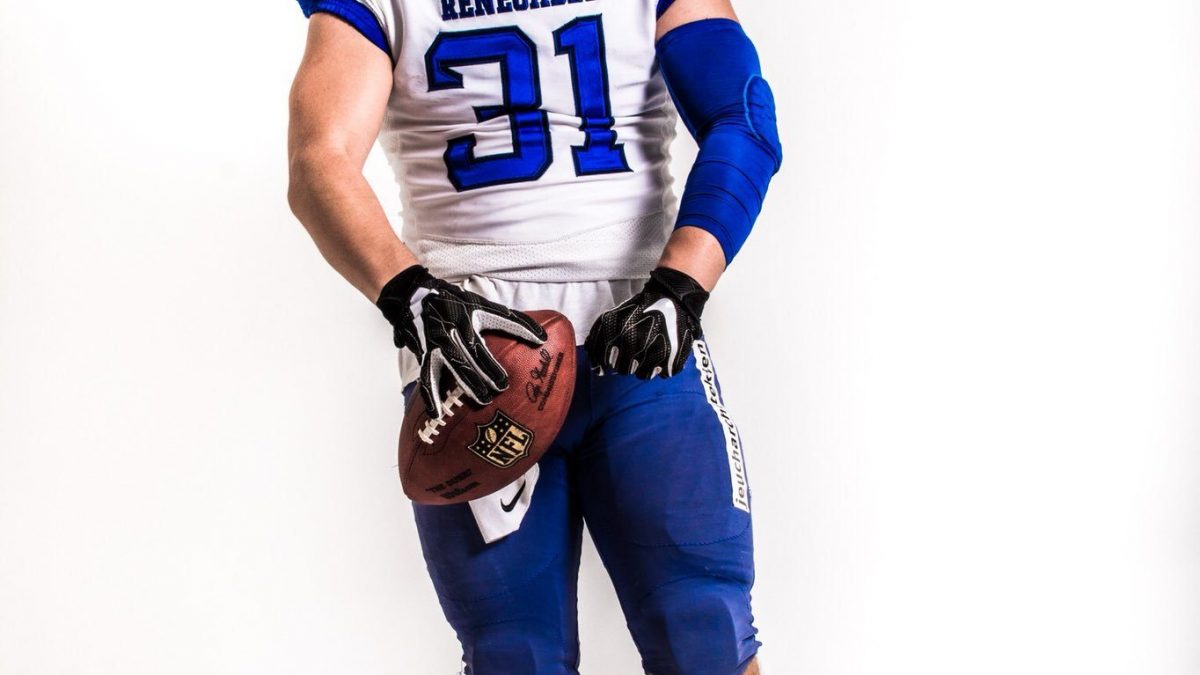 The Swiss Army knife is a pocketknife or multi-tool manufactured by Victorinox (and up to 2005 also by Wenger SA). The term “Swiss Army knife” was coined by American soldiers after World War II due to the difficulty they had in pronouncing “Offiziersmesser”, the German name (lit. “officer’s knife”). For our Deutsch speaking audience many of you would say that the way the language sounds in Switzerland, Austria, and Germany is completely different from one another. But let us be clear, Morten Krispin can knife through offenses no mater what country he is in. Mr. Krisipin is a 5’10ft and 195lbs jack of all trades on defense.

How are some of the player you like to watch and compare yourself to?

Why do you want to play college football?

Do you feel there is a big gap in the skill level of football athletes in Europe and those in the US?

Here at Europe’s Elite we have created a platform to cover stories such as this. Providing coverage around rising football talent all throughout Europe. Check out Mortens highlight tape below. Dream Elite. Reach Elite.Be Elite.