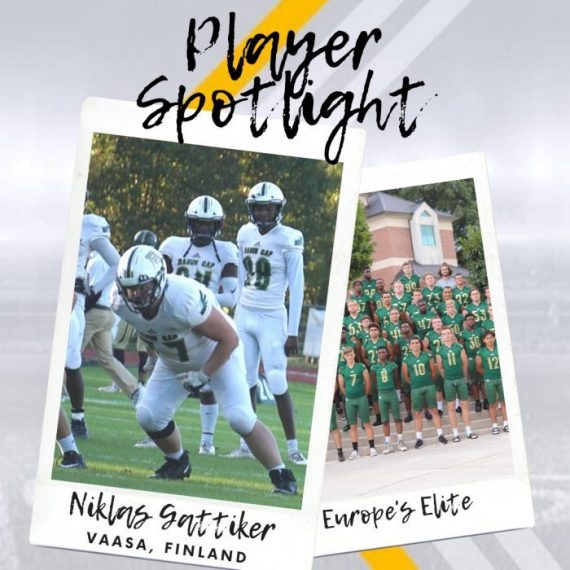 Right now, there are over one million high school players in the US at this very moment. Continuing from this, the state of Georgia is well known for producing blue-chip talent, 9.9% of top college recruits were playing in Georgia for the class of 2020. Football is so deep in the culture of the people, that there are over 400 high school football teams. Recently, many of those high schools have started to recruit from outside of America and invest in the rich talent pool that is Europe. We have already seen what can be achieved with Euro players, and one by the name of Ruban-Gap Nacooche Boarding School has replicated these results. Several of their rosters are already made up of internationals. However, there is one big, big 16-year-old all-conference guard that needs to be recognised.

Niklas Gattiker is currently a sophomore but has great D2 or possibly D1AA scholarship potential. Having good credentials for such a young age is bound to further is attention from colleges when he is put into a position to choose his future school. An all-state accolade is only the tip of the iceberg, however. Niklas’ size is certainly noticeable just from the film, he is developing to be a big man, and being only 16 means he has more than enough time to gain muscle and football reflexes. He does still need to develop more explosiveness coming off the line of scrimmage and more bend when engaging a defender. There is an element of second-level blocking, but this is something that he will develop as his playbook knowledge expands.

Critically speaking, Nik is still a raw prospect. His lower body needs to become stronger, and his hand mechanics need to get smoother and develop the brutally that comes in the college competition. It’s evident from the tape that he executes a lot of pancake blocks, but these seem to happen often as he is being pushed backwards, more aggressiveness and more technical practise would be needed to sure up the holes in his game. The D1AA frame that he possesses will allow this to become easier for him than most, he simply just needs to learn the instincts to put his opponent into the ground with ferocity. Positively, he shows that he can contribute on special teams during kicking situations, this may be a small detail but being versatile at Guard helps set his from the rest. Travelling to Defensive Tackle has also been very helpful in allowing him to think outside the box and have an understanding about how it is across the line, again furthering his football IQ and making a case to potential scouts.

Overall, we at Europe’s Elite are excited to see what Nik can do with his sky-high potential at the next level. He has the physical gifts and is representing his native Finland extremely well. We believe he could go anywhere from D2 to a strong D1AA school, his game strongly shows that he can get there with the right preparation and hard work. We very much look forward to seeing how good he can become.