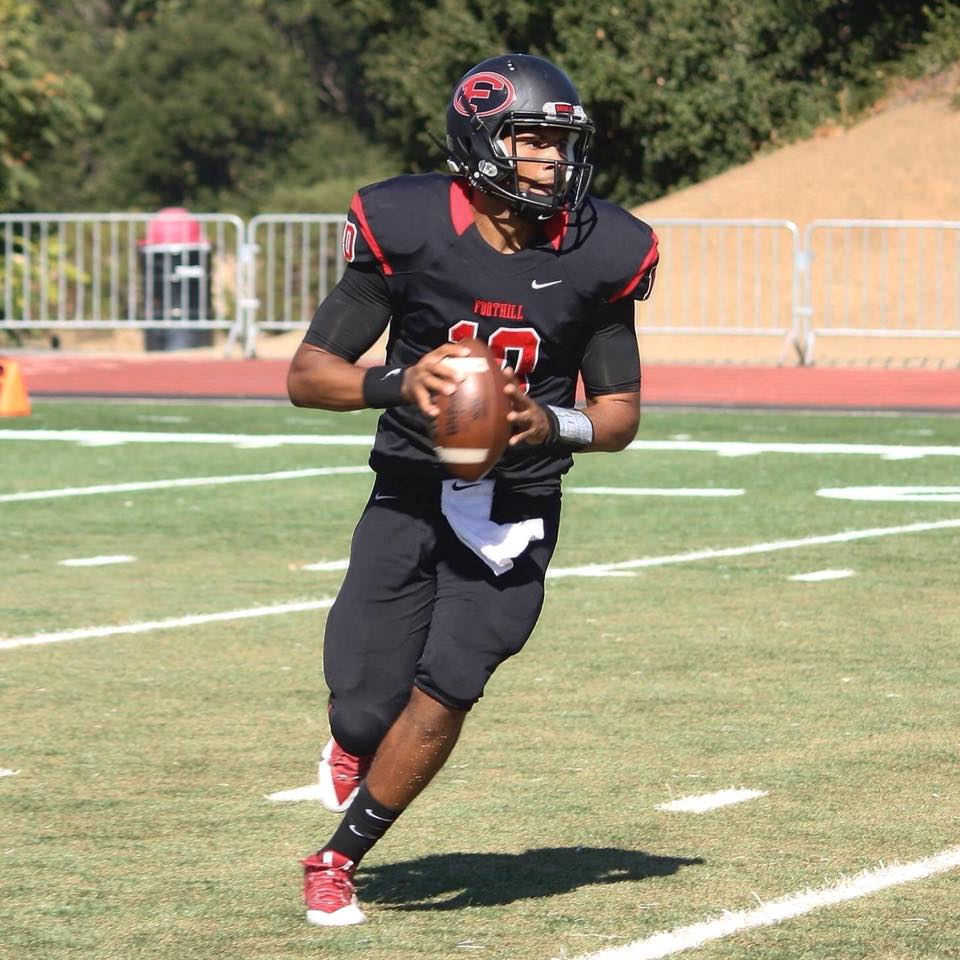 This week, Europe’s Elite had a chance to interview Steven Mueller, Quarterback for the Foothill College Owls in the United States. Mueller has proven to be one of Europe’s success stories, having started his football career in his native Switzerland, playing for the Zurich renegades, Swiss National team and IFAF World Team before heading over to America to further his footballing career. Right now Steven is on of the best Jr. College Recruits in the US. His size, arm strength, pocket poise and knowledge of defenses give him all the tools to make an impact at the next level. He currently holds offers from Maine and is being recruited heavily by Florida International.

Mueller: I’ve been playing since 2009. I grew up playing basketball. Then played both sports for like 3 years and now I solely focus on football. I still play basketball on weekends and stuff.

EE: What Inspired you to play football?

Mueller: I went to a sports camp where they offered all sports including football. I fell in love at that point.

Mueller: My best attribute as a player is probably my demeanour. I am a very cool person to be around and mixing that with leadership is the ultimate formula to have people following and listening to you.

EE: Can you tell us about last season?

Mueller: We won the first 6 games and then only won 1 more, overall went 7-3. I averaged 215 passing yards per game, making 15th in the state of California.

EE: What are your goals as a football player and outside of football?

Mueller: I am a business major, so besides football I am interested in the economy and opportunities there are in the working life. I enjoy working in an office and with customers. I have a passion for cars, so I may want to get into that field later. An upmarket car dealer, or something similar.

My goals as a football player is to go to a D1 university and attain my bachelor’s degree in business. If I progress enough that NFL teams are interested, then I’ll definitely consider that, but it’s not my ultimate goal.

Who is your favourite Player?

I don’t really have a favorite player nor a favorite team. Every player has different attributes about them that are great that I try to use in my everyday life. I look up to Tom Brady, Deshaun Watson, Cam Newton, Aaron Rodgers and many more. OBJ and Jamal Adams are some of my favorite players too.