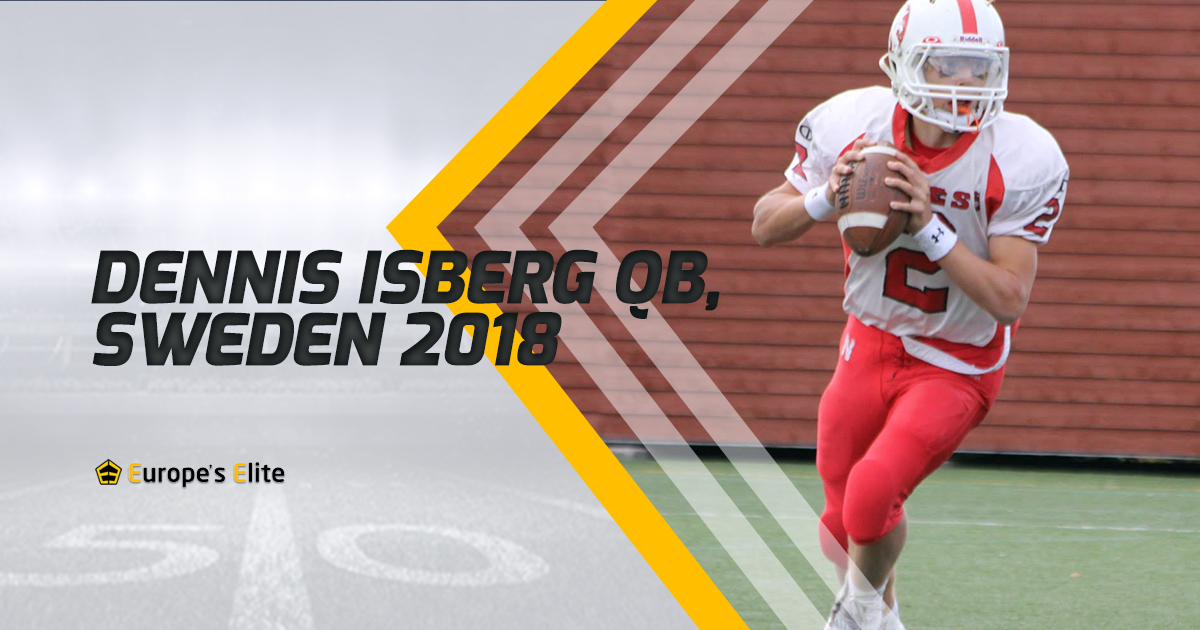 Dennis Isberg is the #1 ranked QB in all of Sweden for players under 19 playing for the Tyresö Royal Crowns. Dennis has had a stellar career up to date and has the tools necessary to play over in the states.

Running a spread offense in 2016 season he led his team to a 12-2 record. His overall record as a starter is 21-3 to date. In 2015 was selected to play on the National team and was the starting QB for Sweden Under-17 while running a powerful offense while the team finished up winning the Nordic Championships defeating Denmark and Finland.

He was also a team captain that season while having a 7-0 record, 70.2% completions, 1653 passing yards adding 25 touchdowns through air with 2 interceptions having a passer rating of 136.58. In 2016 he put up monster numbers dominating all competition in Sweden with 346 passing attempts with 226 completions. He threw for 3385 yards in the air with 49 touchdowns.

What stands out most is how he takes care of the football only throwing 7 interceptions all season with an average of 9.78 yards per completion and a passer rating of 128.3.

Dennis head coach Leo Billgren for the last 3 seasons has been raving about his prized winning QB saying – “Dennis is the complete package. He has great athletic ability, great accuracy and decision making. He has been dominating against kids 2-4 years older than him for a few seasons now. He is a hard worker who loves the game of football.”

Dennis has the potential to have an elite career beyond Sweden. There is no ceiling for this young trophy winning quarterback.

Here are Dennis highlights from 2016: