Player Spotlight: Mr. Do It All -Morten Krispin 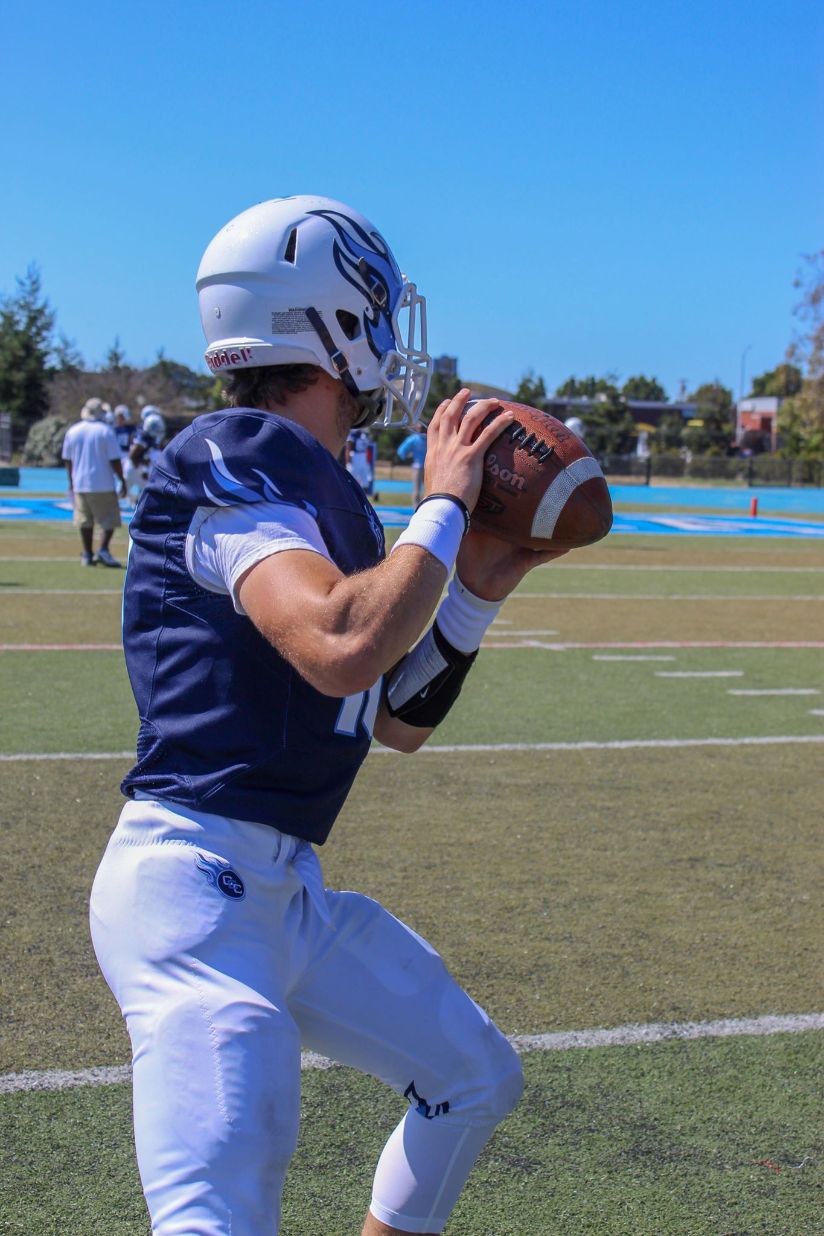 It is safe to say that most Football enthusiasts have probably binge watched Netflix ́s hit show Last Chance U. There is something very thrilling about seeing the fates of these young men being decided right before our eyes. Admittedly we could only shake our heads looking at the paths some of players took, but certainly all of them made for great stories.

One of those great stories could be the one of Aaron Vancoille, a young QB from Belgium. Aaron played in the Belgian BAFL junior league, that is pretty small compared to the standards of other European countries such as the nearby Germany and France, and gets little to no exposure.

Luckily though, his talent and work ethic allowed him to gather some attention from Coaches such as his mentor Emmanuel Lewis, who worked with Aaron for countless hours and helped him to get his skills on tape. After Coaches overseas had seen his highlight tape, multiple D1 and NAIA schools showed interest, However, after thoroughly considering his options together with his family, Aaron chose to go the safer JUCO route and committed to Contra Costa College in San Pablo, California.

As a member of the Comets, he is currently trying to „ get recruited by a 4-year school, earn a starting spot over there and possibly make it to the NFL of course! But there is still a lot more work left for that to happen.As you can see, Aaron is equally humble as he is ambitious. The latter shows, as he was named starting QB for the last 3 games of the current season as a true freshman, a feat that is quite remarkable for a European Quarterback.

Asked about the biggest differences between playing in Belgium and in the US, Aaron mentions the culture around Football in the US, that is comparable to the culture around soccer in Europe and the level of play, that is much higher as we all know. Although this might be intimidating at first, he feels like he elevated his level with the players around him.

Summing up, we can say, that Aaron is a perfect example of Football players in Europe in a nutshell. Just because you come from a small country, a small team or you simply did not get the coaching or the recruiting that players in the US get, that does not mean you don ́t have a chance of playing Football on the next level. As Aaron puts it:

It takes sacrifice to make it to the US, regardless of what position you play. Put in the work, trust the work you put in, and bet on yourself. Don’t let nobody tell you that you can’t do it. Because you can.“