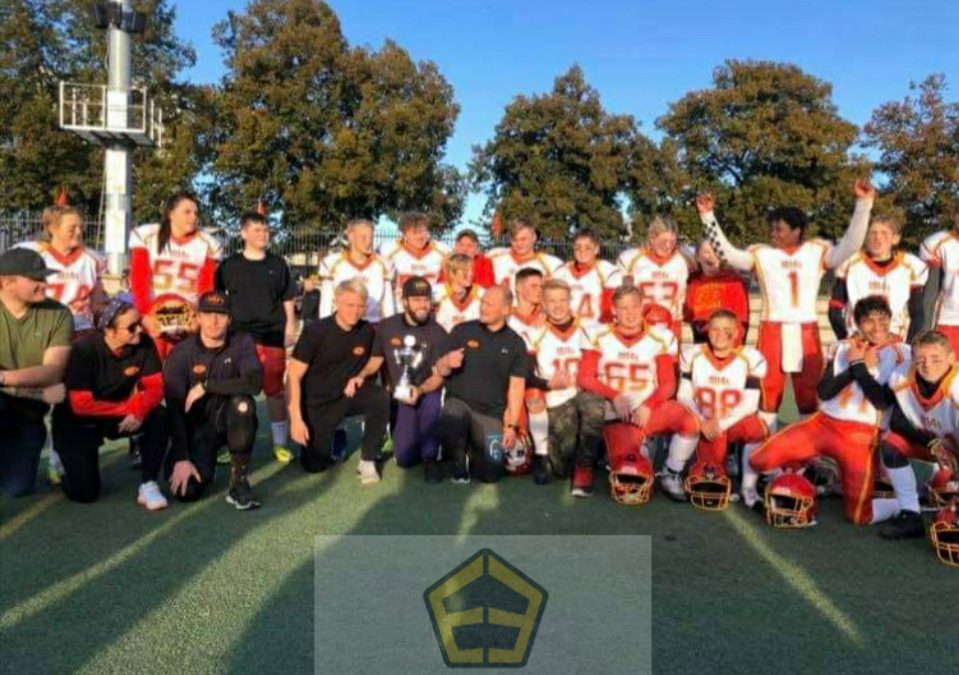 Eidsvoll is proving to be a special place in Norway. This past weekend the Eidsvoll 1814’s were crowned the Norwegian U15 League champs. Over the past few months we have heard a lot of good things about numerous athletes in Norway. But one team always seems to come up in conversation, the Eidsvoll 1814’s. Led by Head Coach Mike Hall, the 1814s are becoming what we like to call an “ELITE” program in Norway.

After last Saturday’s victory we were lucky enough to catch up with Head Coach Mike Hall for an interview. American Football is still a young sport in Norway compared to other sports such as Ice Hockey, Handball, and Basketball. But After speaking with Coach Hall we are convinced Norway is a special place for football talent.

Q:How does it feel to Champions?
It feels great!! It was a great season for our U15 because we had a lot of new and young players added to the team for 2019. The strong group of older more experienced kids definitely lead this team to a championship season.

Q:What is it like to coach football in Norway . How Is the talent?
A:Youth football in Norway is on the up swing. There’s a lot of things in the works to make the kids successful. Lots of good athletes out here in Norway and plenty of very big kids. The Nordic countries are known for having large youth athletes.

Coach Hall was very clear with us that his youth program has many talented athletes. But at the U15 level one Quarterback has stuck out above the rest. Daniel Nygard has been a big playmaker for his U15 squad and is also a captain for the team. Daniel is a young WR that was transitioned to QB because of his superior athleticism. Coach Hall stated that Daniel has made big plays all year for his team and is a great leader.

Before we finished our interview with Coach Hall , he had a few things to say about the future of his program and what makes it so special.

“Eidsvoll is a special place for football. They have a great community here and it’s really one big family. We run 5 youth teams in Eidsvoll (peewee, U13, Umake19) and we try to make it so kids can progress through the program at all levels. Our program has helped build the football culture in Norway and allow other teams of all ages to grow with us.” For the team, we want to continue to win championships at the youth level and grow the sport. For the Adult team, we want to win a championship and play internationally. Simply put there are a lot of good things happening in Eidsvoll, Norway”.