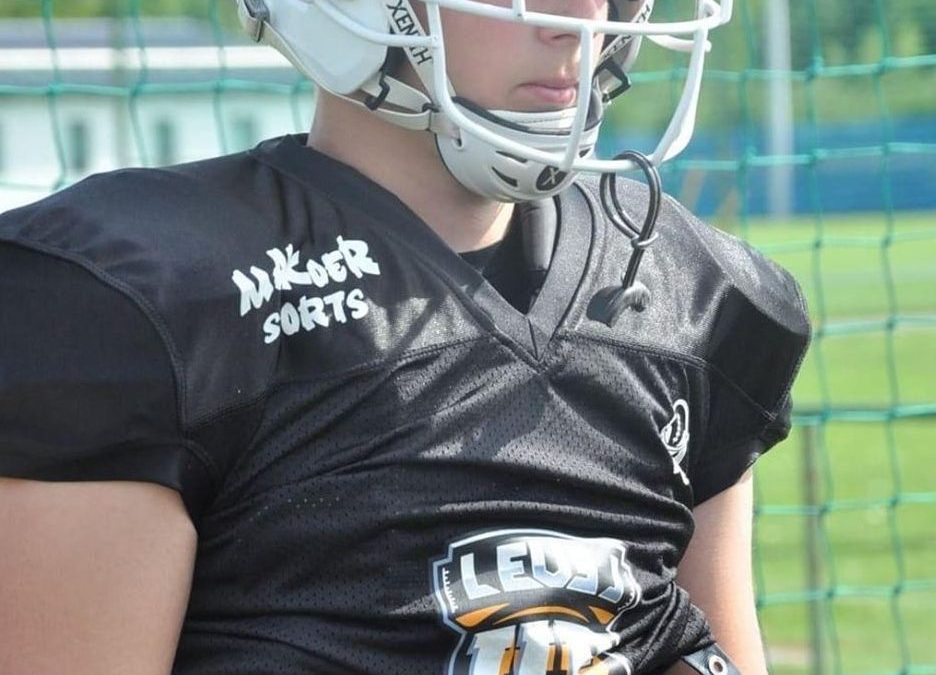 Erik Elfwing is a hard-hitting linebacker who plays for the Tyresö Royal Crowns, as well as the Celsius Tigers, in Sweden. Elfwing is looking for a triumphant return to playing after a knee injury sidelined him for the 2017 season. We caught up with him to ask him about his playing experience.

EE: What Inspired you to play football?
What really got me into football was my brother. He played football and told me everything about it, how great it was. So I was interested from the get-go. Then when I moved here to Tyresö, just by a coincidence a ran in to the whole u11 team at the mall when they were promoting their team. So after talking to some of the players, I decided that I would go to a couple of practises and try it out. By the first practise I knew I was stuck. I loved it immediately. The physical aspect and the strategical. It was amazing, and I’ve been loving it ever since.

EE: Can you tell us about last season?
My last season ended after just the first game due to a knee injury. So I spent most of the season on the sideline, still doing what I could to help out. I always try my best to be a leader from the sideline.

EE: What are your goals as a football player and outside of football?
My goal is to reach as far as I can in football and help others in the process. I love the game, so progressing within it and helping others is always my goal. I just want to make the world a better place in general really.