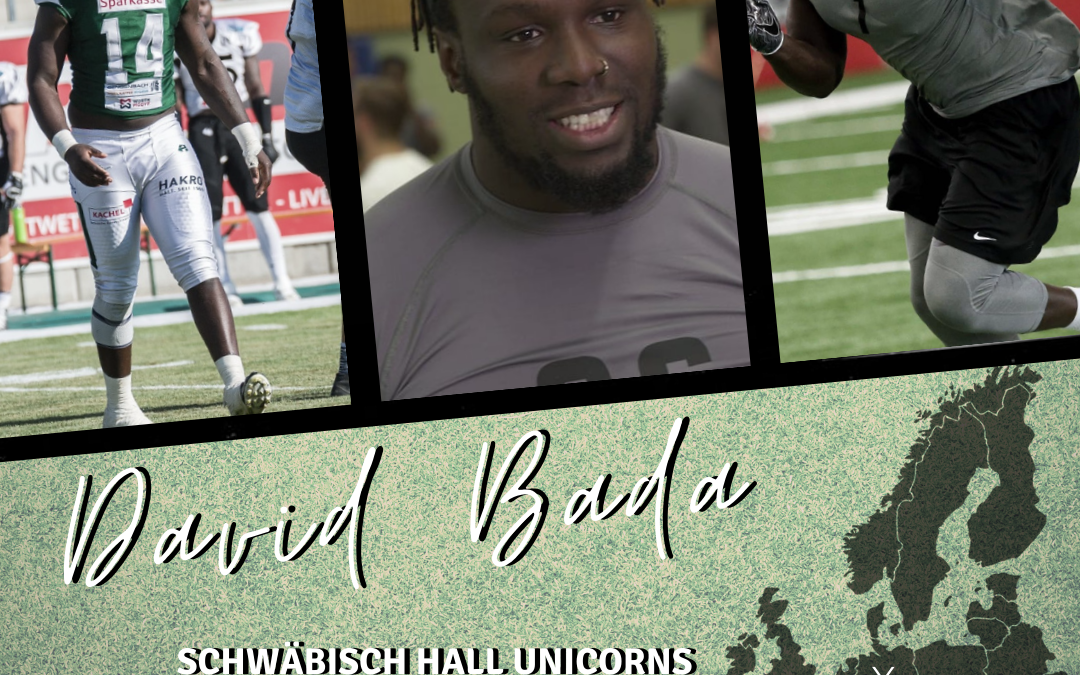 An opportunity to play in the NFL is the ultimate goal for every athlete that falls in love with football. For athletes who are introduced to the game of football at a young age, the dreams of playing in the NFL start early. But for other athletes whom may not have been exposed to the game of football until they were older, the days of dreaming may have passed, but there is still a burning desire to be discovered. This is the desire to be discovered by a professional scout, coach, agent, or anyone who could grant an opportunity to compete for a spot in the NFL. Many young professional athletes in Europe understand that American football is not king of sports on this side of the world. But yet many of these athletes still have a strong competitive spirit and want compete in the best league in the world. David Bada is one of those young men. This resilient athlete has a competitive drive that has brought him back for a 2nd chance to make an NFL roster.

David Bada is a 24-year-old Defensive End that is originally from Munich, Germany. For the past two football season, David has been a member of the Schwabish Hall Unicorns, where they have won 1 of their last two German Bowl appearances. Aside from being on a part of a great team, David has proven himself to be one of the most disruptive Defensive players in all of Germany and Europe. But now he is ready to take his talents to the next level as he awaits the day of the NFL draft.

Over the past few months David Bada has been training in Bradenton , Florida apart of the NFL’s International Pathway Program. Although there are several European athletes apart of this program this year, David happens to be the only athlete from Germany. But Germany is no stranger to the NFL or the NFL Pathway Program. Since 2018 we have seen Fullbacks such as Chris Ezeala and Jakob Johnson make NFL rosters with the Baltimore Ravens and the New England Patriots. Let’s not ignore the fact that German athlete, Mark Nzeocha , also just competed in Super Bowl 54 with the San Francisco 49rer this past February. Also, who can forget when Moritz Boehringer made history in the 2016 draft by becoming the first international athlete drafted by an NFL team without playing college football. Needless to say, Germany is stranger to producing NFL talent.

This draft year is special for David Bada because it is his 2nd time being participating in the Pathway Program. In 2019 Bada was lucky enough to compete for a roster spot as a member of the program as well. But 2019 simply was not his time. After missing out on an opportunity to make an NFL roster in 2019, Bada returned to Germany and continued to improve for the next season. Needless to say his, hard work has paid off as he has gained NFL scout’s attention for a 2nd time and now awaits the possibility to be drafted this week. This is a 2nd chance that many athletes only dream of , but we are sure that Bada has put in the work, and is in a good position for this opportunity.