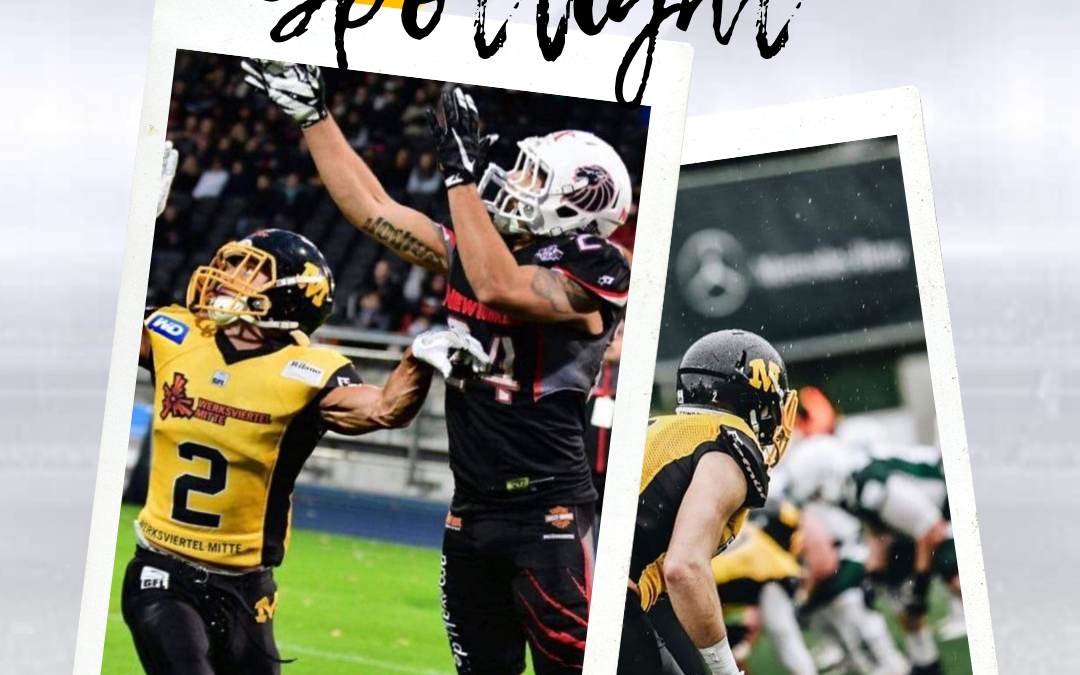 It’s clear to see that Marcos Schlabitz has earned a level of respect among his peers, being praised for his physicality and range from the Defensive Back position, to his competitive drive and coach ability in the film room. Since 2014 he has found his home with his Munich Cowboys, playing at both Corner and Safety he has really asserted himself in Germany and has quickly become one of the most talented young players in the league. During this past two seasons he broke out with stat-studded years, he accounted for; 67 tackles, 14 passes defended, 12 pass breakups and 2 interceptions. Now I could rant about his numbers all day but let’s get into what sets Marcos from the rest of the players across the continent.

Firstly, his obvious size stands out from the get-go, standing at 6’1 200lbs he has elite size and strength even at the NCAA level. His aggressiveness in all areas of the game is frightening to watch, even more so from an offensive perspective because he has shown in the highest European league that he can do anything, and everything demanded from a star player. Outside run? He rips the block and makes the goal-line tackle. Deep post? Covers the hip to perfection and goes for the ball, often resulting in a turnover or at least a loss of down. I was infatuated by his ball-hawk abilities, every team needs a player who can make the plays when the game is on the line, and that’s exactly what he brings for one of the biggest teams in Europe. Continuing from this, the tackles are fundamentally perfect, being able to utilize a punch to force fumbles at points in his career as well taking the wind out of an offence will a tempo changing hit that sends the unfortunate recipient back scared of going to the side of number 2. There’s simply no arguing that if you see him on the field, its not a bad idea to avoid that side completely. He has the athletic ability to play the hash to hash safety as well as lock-up on the outside. “Put him on an island and I am confident he will hold his own” – Head Coach of the Cowboys on Marcos as a DB.

After talking with Marcos, I have no doubt he has what it takes to compete on an NCAA level at D1AA. His football IQ is very noticeable, crediting Nick Saban and other coaching videos he has used to define his skills and use his natural ability to the highest possible capabilities. Europe’s Elite as well as many others are very interested just quite how high Marco’s ceiling is, the sky is the limit for him and I know he has the drive and determination to succeed in and grow his football career.